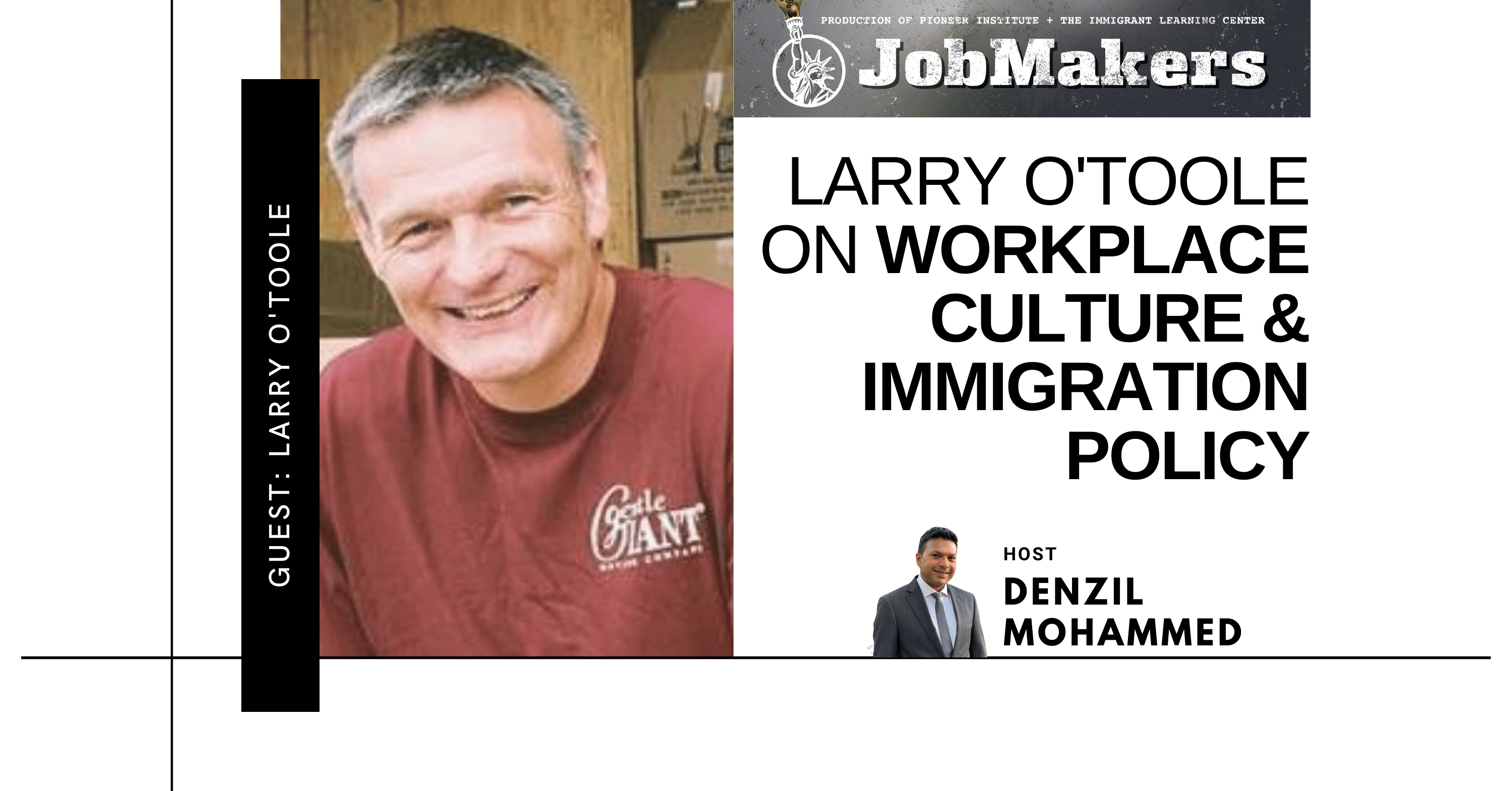 Every immigrant experiences some kind of shock when they move to the United States, no matter their skin color, language or country of origin. And yet despite this, they learn to adapt to new laws, a new culture, a new education system, and eventually flourish. It takes a special kind of person to do that.  On this week’s episode of JobMakers, host Denzil Mohammed talks to Larry O’Toole, founder of the multi-state Gentle Giant Moving Company that started in 1980 right here in the Boston area. They discuss Mr. O’Toole’s journey at a young age from Ireland to Brookline, Mass., the challenges of being uprooted, and the ability to thrive despite barriers such as skills gaps, that many immigrants face. That is why he’s part of a group that advocates for state and federal policies that foster complete economic integration of foreign-born talent and sustained prosperity for everyone, as we’ll hear more about in this week’s JobMakers.

Larry O’Toole is President and Founder of of Gentle Giant Moving Company, where he is focused on developing leaders, expanding the company’s award-winning service across the country, and having a meaningful impact on the communities they serve. Early in his career, Larry was an engineer at Eaton Corporation. He quit his job to escape the corporate life, pursue writing interests and explore his entrepreneurial side. While preparing to start a light manufacturing company and not wanting to dig in to his savings, Larry rented his roommate’s van and started performing moves around Boston. Before long, offering quality moving services became a passion, and Gentle Giant was born. Larry’s life as a rower has taught him to be competitive, disciplined and persistent. Larry is a creative problem solver, and is always willing to step in and complete difficult moves with enthusiasm. Outside of work, Larry tends to his extensive collection of rare, mint-condition moving boxes.