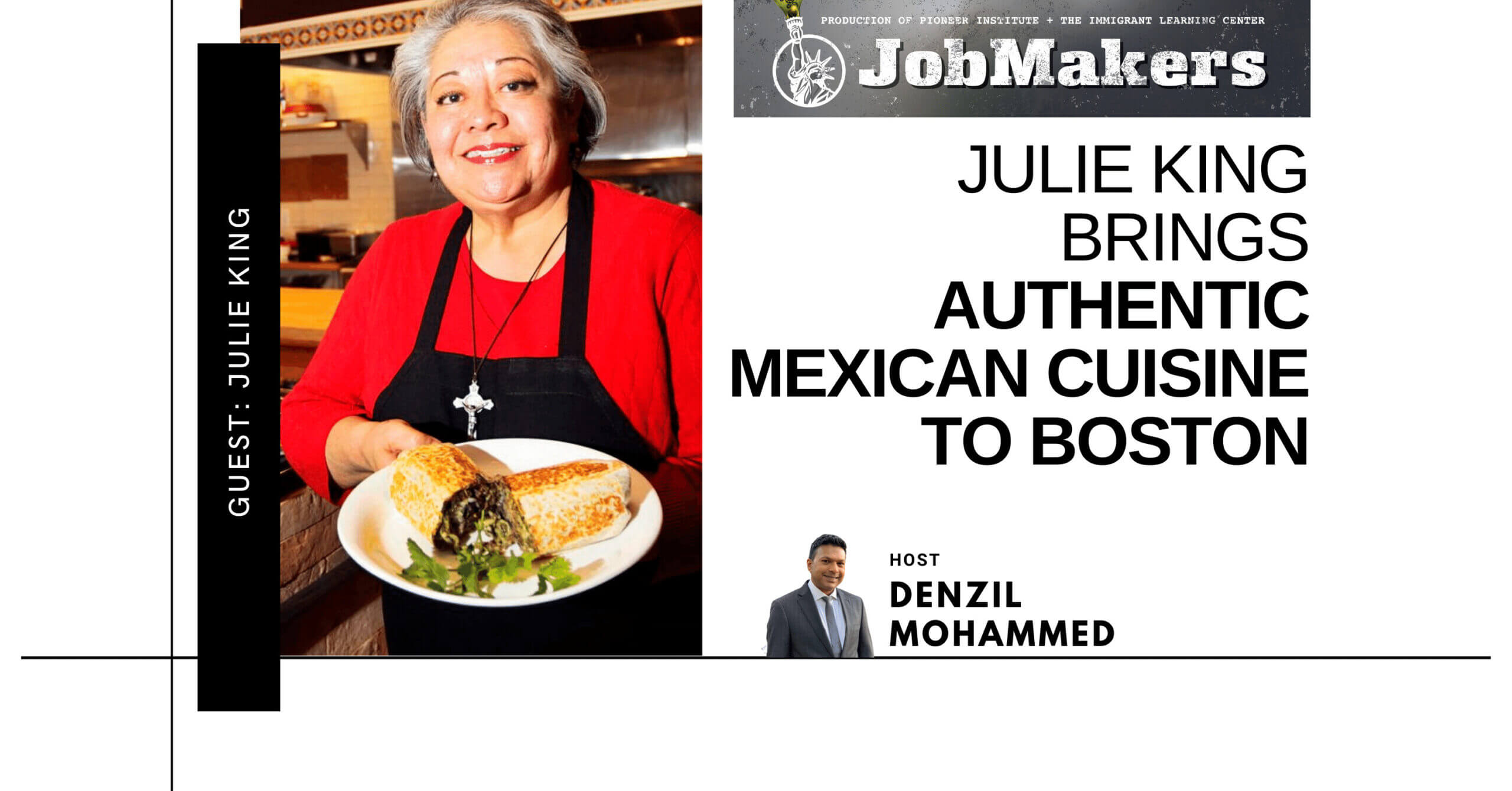 This week on JobMakers, host Denzil Mohammed talks with Julie King, immigrant from Mexico and founder of Villa Mexico Café in the financial district of Boston. They discuss the challenges of re-launching a career in a new country. It’s not atypical for an immigrant to start at a lower rung of the economic and social ladder than they previously enjoyed – but it’s a win they persevere despite the pains, and thrive. A powerful lawyer in Mexico City, Julie at first found the American Dream elusive, initially delivering newspapers at 3 am for work. Then, a new opportunity arose, driven by a yearning for real Mexican cuisine. Today, she is full of admiration and respect for the country that allowed her to become a successful business owner, as you’ll hear in this week’s JobMakers.

Julie King is the founder and owner of Villa México Café. Known as the (in)famous “Momma King,” she’s been a mentor, an adoptive mom, a nagger, and a local food industry personality. Villa México Café is an immigrant-women-family-owned restaurant that’s operated for 20 years. The restaurant’s mission is to bring authentic Mexican food and culture to the people of New England as one of the first authentic Mexican restaurants in Massachusetts. Villa México Café had its origins in Woburn, Mass. Momma King, owner, manager, cook, cleaner and everything else, moved there with her daughter, Bessie, after her American husband passed away from Alzheimer’s. A lawyer in Mexico, Julie could not litigate in Massachusetts without going to school again. She went into business with one mission: to bring authentic, homemade Mexican food to the people of New England. The first two Villa México Café locations were in Woburn. In 2006 Julie relocated to a gas station store in Beacon Hill, where the restaurant earned its “Best Burrito in Boston” title from Boston Phoenix and Improper Bostonian. The latest Villa México Café opened in Boston’s Financial District in 2016.