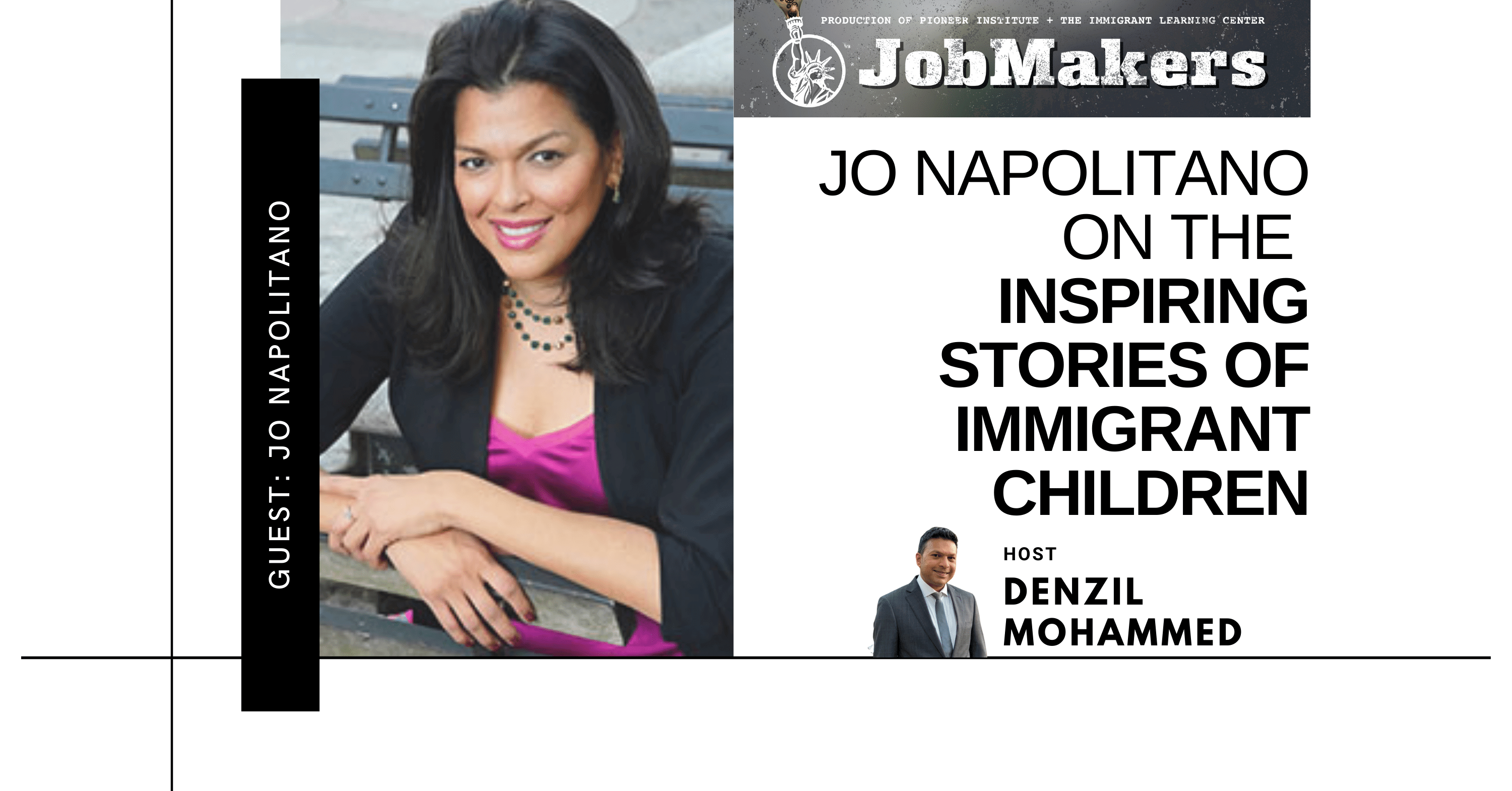 This week on JobMakers, Host Denzil Mohammed talks with Jo Napolitano, journalist, former Spencer Fellow at Columbia University, and author of the new book, The School I Deserve: Six Young Refugees and Their Fight for Equality in America, about the enterprising spirit of immigrants and refugees across the nation and at the U.S.-Mexico border. She’s seen children fight to go to good schools so they can fulfil their dreams, learning with donated tablets in tents in Mexico during the pandemic, and she’s seen the outcomes: ambitious young adults who used education and the relative safety of the United States to thrive. They discuss her conviction, drawn from her own immigrant experience and her observations, that educating immigrant children, including those who are undocumented, is not only the moral thing to do but an investment in our collective economic well-being. With better jobs, they can contribute more, and they can improve lives for all Americans.

Jo Napolitano is an award-winning reporter, having investigated topics in science, education, and immigration for The New York Times, Chicago Tribune, and Newsday. Public education remains her primary focus. She first spotted the trend of public schools turning away immigrant children in 2014, when she was a senior reporter for Newsday. Months of research showed the trend was nationwide and won Napolitano a Spencer Education Fellowship to Columbia University to write her debut book, The School I Deserve: Six Young Refugees and Their Fight for Equality in America. Published by Beacon Press in 2021, the book tracks the progress of new immigrant children as they relocate from Syria and other locations to suburban and rural America. Born in Bogota, Colombia and abandoned at a bus stop days later, Napolitano spent the first months of her life in an orphanage. Adopted and raised by a single parent in New York, she went on to earn a degree from Northwestern University’s Medill School of Journalism.