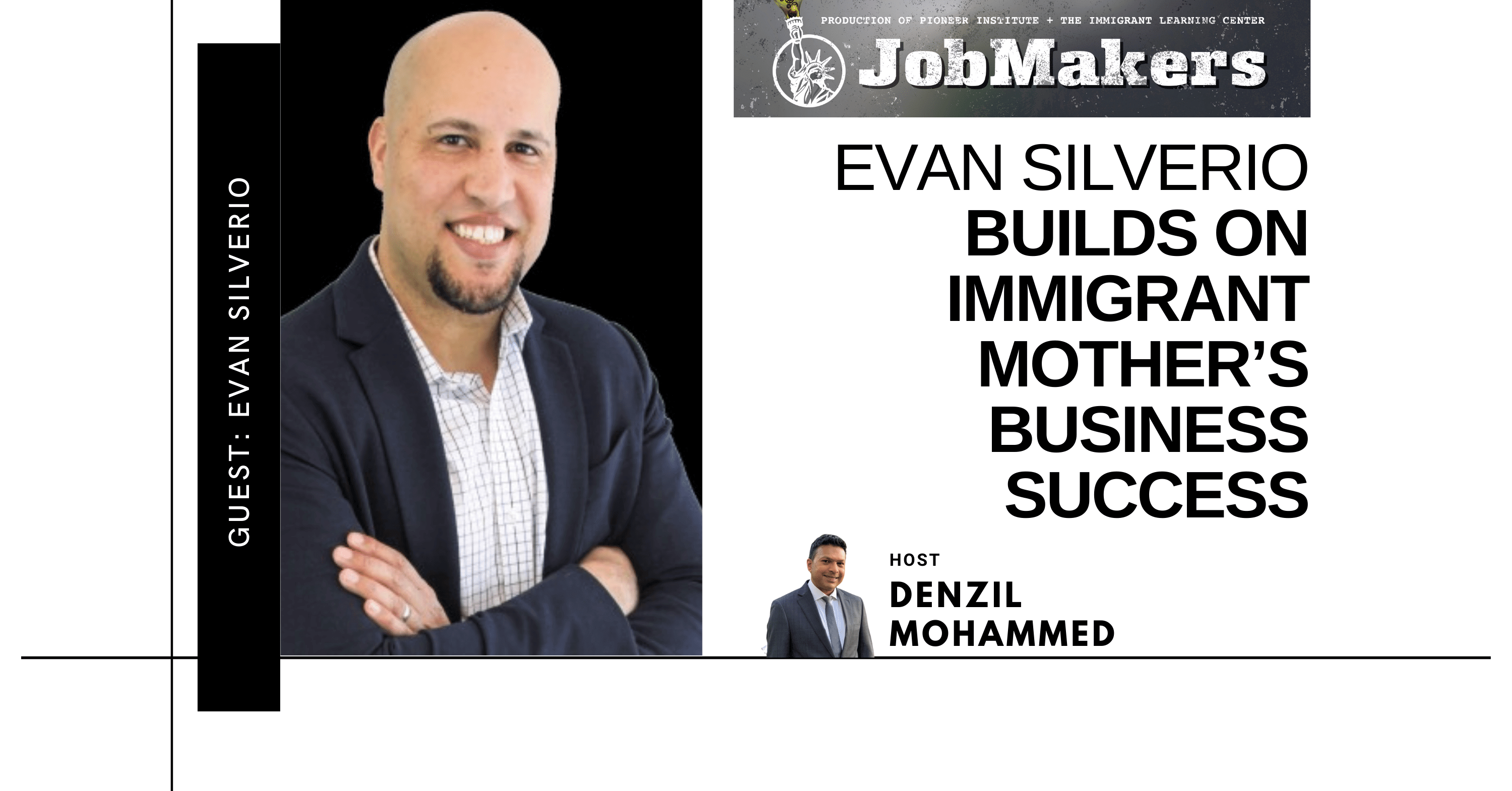 This week on JobMakers, host Denzil Mohammed talks with Evan Silverio, child of immigrants from the Dominican Republic, President and CEO of Silverio Insurance Agency, and founder of Diverse Real Estate, both in Lawrence, Massachusetts. With the example set by his mother, who founded the agency, Evan has achieved success, despite getting into real estate during a housing bust. Evan has since purchased nearly 100 properties across the commonwealth. He describes the examples set by his immigrant mother and grandfather, and how that shaped not just his approach to business but also giving back to the community that nurtured him, as you’ll learn in this week’s JobMakers.

Evan Silverio is the owner of Silverio Insurance in Lawrence, MA. He began working as a loan officer with Wells Fargo Home Mortgage after college. Four years later and while continuing to work as a loan officer, Evan joined his family’s business as a licensed Property and Casualty insurance agent. In 2009, Evan created Diverse Real Estate LLC: an entity used to buy, repair, sell and rent real estate property. Over the years, Evan managed to more than quadruple the insurance agency’s book of business while at the same time purchasing over 90 properties as a real estate investor. Evan also expanded the agency by adding another location in Haverhill, MA in 2018. In December of 2019 Evan purchased the agency from his parents and took over as President/CEO. In January of 2020, Evan also purchased the reputable Woodcome Insurance Agency, in Leominster, MA. Outside of his career, community service has always been high on Evan’s list of priorities. Dedicating time and donating to non-profits and charitable events has always been common practice by Evan and his family. In 2001, He co-founded The BEYOND Scholarship fund that assisted with financial burdens for students looking to enroll in private high schools. The fund has awarded nearly $50,000 in scholarships. Evan served three years as the Chair of the Lawrence Redevelopment Authority and is currently on the Executive Committee of the Lawrence Partnership. He graduated from Wheaton College in Norton, MA, with a bachelor’s degree in economics.