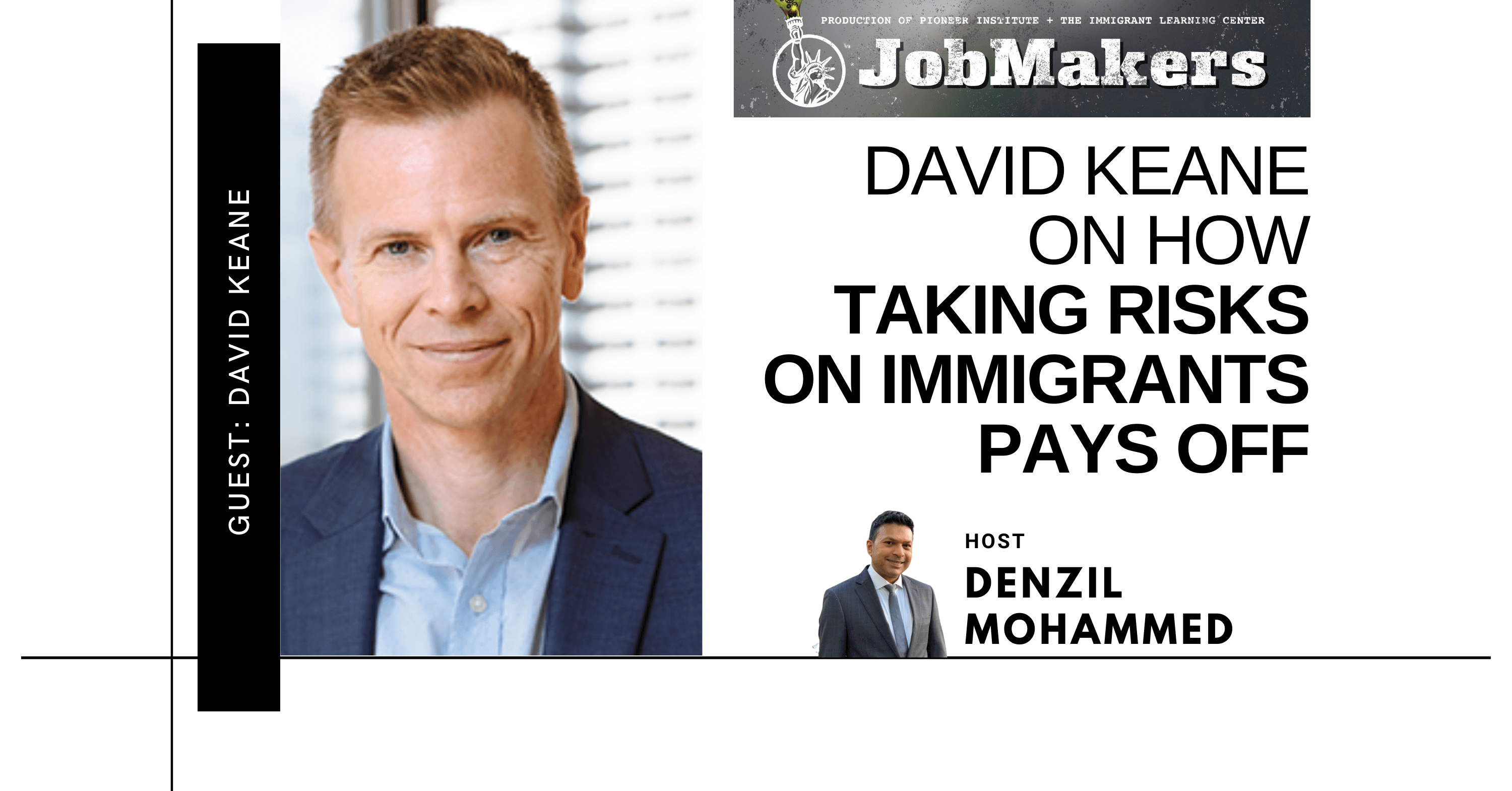 This week on JobMakers, host Denzil Mohammed talks with David Keane, immigrant from Australia and founder of Bigtincan, an artificial-intelligence-powered sales enablement platform for leading companies worldwide. David believes that what makes the U.S. special is its culture both of welcoming immigrants and being willing to try new things, to take risks. In the United States, visas and exchange programs have allowed for the movement of ideas, skills and knowledge into the country. For him, that movement of people is a risk worth taking. A diversity of thought and background can bring about incredible new ideas, products and services, like his industry-leading company, not to mention create thousands of jobs as he’s done over the years.  He wonders, though, about how the next generation of entrepreneurs will construct movement and sharing in a world of heightened globalization and connectedness, as you’ll discover in this week’s JobMakers.

David Keane is Co-Founder & CEO of Bigtincan, a global leader in sales enablement automation that is helping the world’s leading brands facilitate the buying experience. David started in the networking and communications market with Utah and California-based Novell running Asian marketing for Boston-based Wellfleet Communications, Inc. then grew the business for California based Xylan Corp. in Australia and New Zealand. Subsequently, David founded Veritel Wireless Pty Ltd which grew within three years to be one of the largest providers of wireless internet in Australia. David was a pioneer in the mobile applications sector starting in 2008 with the release of the first iPhone SDK and oversaw the development, promotion and expansion of heavily downloaded apps including BuzzMe and AdFree.