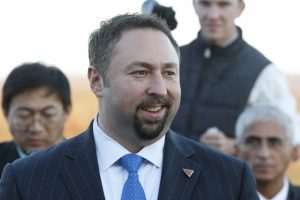 Not without his own share of controversy, Miller reflects on his time working for Trump in both of his runs for the White House and now as his role of the CEO of GETTR, the alternative social media app to Twitter.

David Drucker’s book, In Trump’s Shadow: The Battle for 2024 and the Future of the GOP, was released today and is available everywhere.