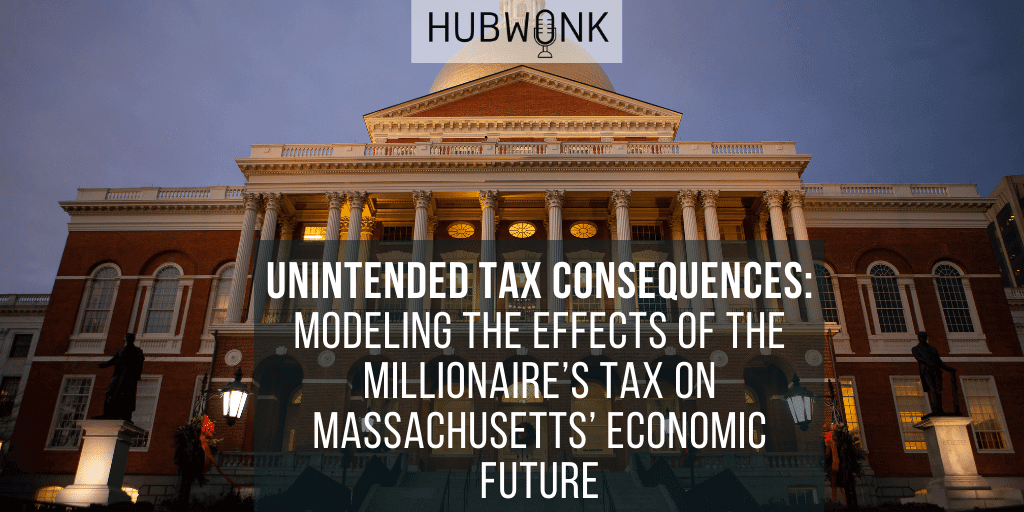 Hubwonk host Joe Selvaggi talks with Beacon Hill Institute President Dr. David Tuerck about his recent analysis of the proposed 4% surtax on incomes over $1 million in Massachusetts, and his estimate of the number of individuals who will leave the state as a result. Tuerck, an economist, used STAMP modeling tools comparing the static projections offered by proponents of the so-called “Fair Share Amendment” with a model simulation that accounts for the unintended effects of the tax.

David G. Tuerck serves as president of the Beacon Hill Institute.  From 1982 to his retirement in 2020, he served on the economics faculty at Suffolk University. In 2021, he was awarded the status of Professor Emeritus by the Suffolk University Board of Trustees. Prior to joining Suffolk University in 1982, he was a director in the Economic Analysis Group at Coopers & Lybrand, Washington, DC. Prior to that, he served as director of the Center for Research and Advertising at the American Enterprise Institute. Dr. Tuerck holds a doctorate in economics from the University of Virginia. His dissertation director was James M. Buchanan, 1986 Nobel Laureate in Economics.