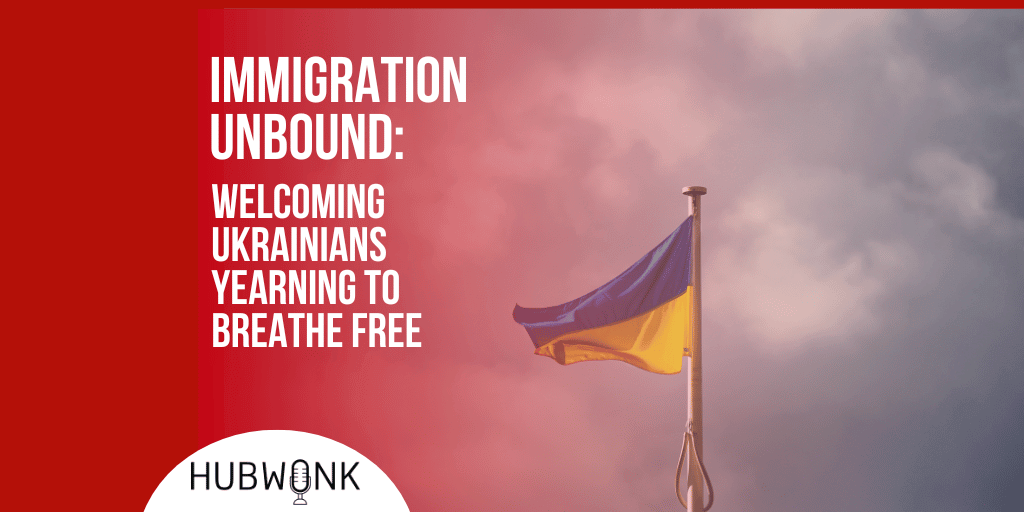 Joe Selvaggi talks with George Mason Law Professor, author, and immigration expert Ilya Somin about the newly announced Welcome Corps program which empowers Americans to sponsor and help relocate refugees from Ukraine and other places of war and persecution.

Ilya Somin is Professor of Law at George Mason University. His research focuses on constitutional law, property law, democratic theory, federalism, and migration rights.  He is the author many books, including most recently,  Free to Move: Foot Voting, Migration, and Political Freedom

Somin’s writings have been cited in decisions by the United States Supreme Court, multiple state supreme courts and lower federal courts, and the Supreme Court of Israel. He has testified on the use of drones for targeted killing in the War on Terror before the US Senate Judiciary Subcommittee on the Constitution, Civil Rights, and Human Rights. In 2009, he testified on property rights issues at the United States Senate Judiciary Committee confirmation hearings for Supreme Court Justice Sonia Sotomayor. Somin writes regularly for the popular Volokh Conspiracy law and politics blog, now affiliated with Reason magazine (previously affiliated with the Washington Post from 2014 to 2017). From 2006 to 2013, he served as Co-Editor of the Supreme Court Economic Review, one of the country’s top-rated law and economics journals.