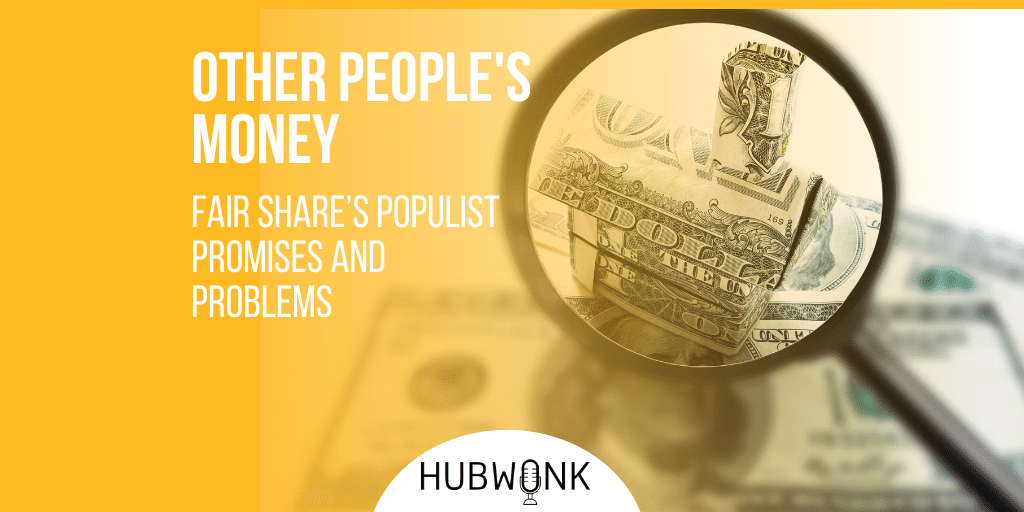 This week on Hubwonk, host Joe Selvaggi talks with Boston Globe columnist Jeff Jacoby about November’s Massachusetts Ballot Question 1, the so-called Fair Share Amendment. They examine both the merits and timing of a graduated state income tax, as well as the effects on society of creating separate categories of tax payers, and the dangers of setting the many against the few.