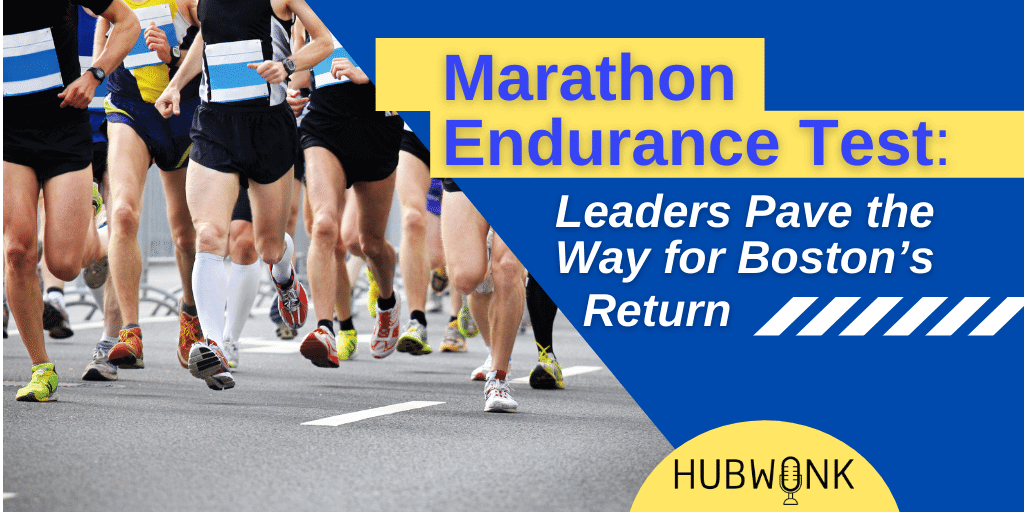 Hubwonk host Joe Selvaggi talks with Boston Athletic Association’s CEO Tom Grilk about the leadership challenges of cancelling the world’s oldest continuous marathon, a $200-million benefit to the region involving eight municipalities and 10,000 volunteers, in the face of a pandemic – and how cooperation among stakeholders brought back the epic event to be run this October.

Tom Grilk is the CEO of the Boston Athletic Association/ Boston Marathon. He has been a member of the B. A. A. since 1987, and became Executive Director in 2011 and CEO in 2016. He was President of the B. A. A. Board of Governors from 2003 until 2011. During his tenure the B. A. A. has focused its efforts in three areas: the conduct of athletic events, the operation of community service initiatives, and the training and development of athletes. Tom has had his share of hands-on experience with the Boston Marathon. He served as its finish line announcer from 1979 through 2013, and is a former competitor, having run a personal best at Boston of 2:54 in 1978. Tom resides in Lynnfield, with his wife, Nancy, and has twin sons, Christopher and David and daughter in law Stephanie. He was a corporate and business lawyer, with the firm Hale and Dorr and also served as counsel to Boston area technology companies. He graduated from Cornell University and received his JD from the University of Michigan.