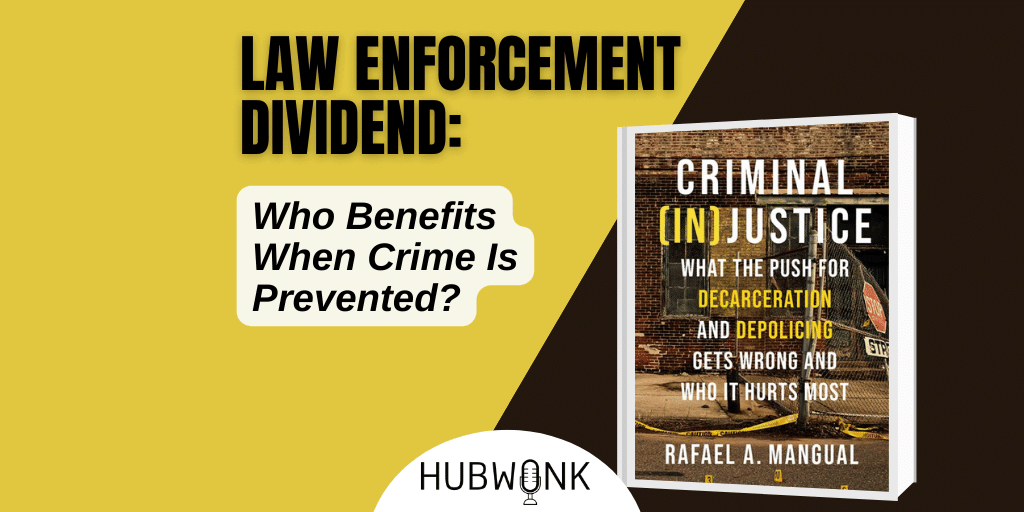 Rafael Mangual is a senior fellow and head of research for the Policing and Public Safety Initiative at the Manhattan Institute and a contributing editor of City Journal. His first book, Criminal (In)Justice, will be available in July 2022. He has authored and coauthored a number of MI reports and op-eds on issues ranging from urban crime and jail violence to broader matters of criminal and civil justice reform. His work has been featured and mentioned in a wide array of publications, including the Wall Street Journal, The Atlantic, New York Post, The New York Times, The Washington Post, Philadelphia Inquirer and City Journal. In 2020, he was appointed to serve a four-year term as a member of the New York State Advisory Committee of the U.S. Commission on Civil Rights. He holds a B.A. in corporate communications from the City University of New York’s Baruch College and a J.D. from DePaul University in Chicago, where he was president of the Federalist Society and vice president of the Appellate Moot Court team.