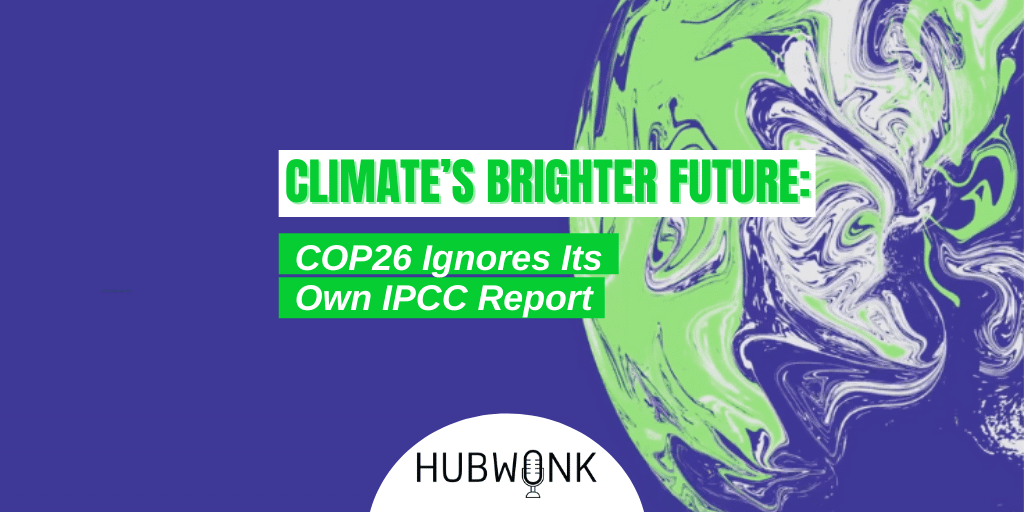 This week on Hubwonk, host Joe Selvaggi talks to Prof. Roger Pielke, Jr., Professor of Climate Science at the University of Colorado, about the widening gap between the catastrophic predictions proffered at the COP26 Climate Change Conference in Glasgow, Scotland, and the less dire observations contained in the UN’s own recent IPCC report.

Roger A. Pielke Jr. is a political scientist and professor. He served in the Environmental Studies Program and was a Fellow of the Cooperative Institute for Research in Environmental Sciences (CIRES) where he served as director of the Center for Science and Technology Policy Research at the University of Colorado Boulder from 2001 to 2007. Pielke was a visiting scholar at Oxford University’s Saïd Business School in the 2007–2008 academic year. Prof. Pielke earned a B.A. in mathematics (1990), an M.A. in public policy (1992), and a Ph.D. in political science, all from the University of Colorado Boulder. Prior to his positions at CU-Boulder, from 1993 to 2001 he was a staff scientist in the Environmental and Societal Impacts Group of the National Center for Atmospheric Research. From 2002 to 2004 Pielke was director of graduate studies for the CU-Boulder Graduate Program in Environmental Studies. Pielke serves on numerous editorial boards and advisory committees, retains many professional affiliations, and sat on the board of directors of WeatherData, Inc. from 2001 to 2006. In 2012 he was awarded an honorary doctorate by Linköping University and the Public Service Award of the Geological Society of America.