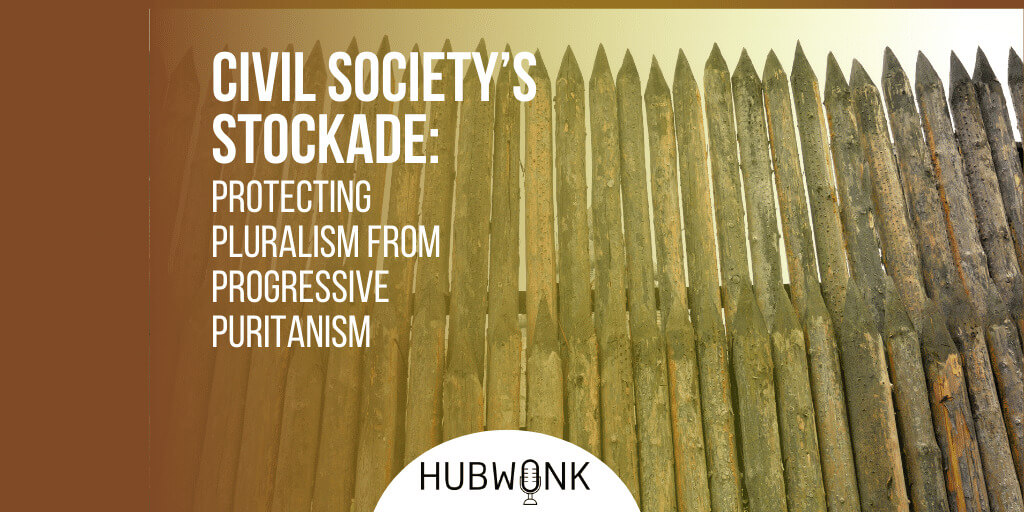 This week on Hubwonk, host Joe Selvaggi talks with Noah Rothman, associate editor of Commentary magazine, about his recently released book, The Rise of the New Puritans: Fighting Back Against Progressives’ War On Fun, examining how the attempt to remoralize American culture mirrors similar social movements in the past and what concerned onlookers can do to better manage this frenzied phenomenon.

Noah Rothman is the associate editor of Commentary magazine and a contributor to MSNBC. His work has been published in Townhall Magazine, USA Today, National Review, The Washington Examiner, The New York Post, The New York Times, The Atlantic, and The Washington Post. He is the author of Unjust: Social Justice and the Unmaking of America (Regnery, 2019) and The Rise of the New Puritans: Fighting Back Against Progressives’ War on Fun (Broadside, 2022). Mr. Rothman graduated from Drew University with a degree in Russian Studies and political science (2004), and he earned a graduate degree from Seton Hall University in diplomacy and international relations with a focus on security policy in the former Soviet space (2010). He lives in New Jersey with his wife and his two sons.