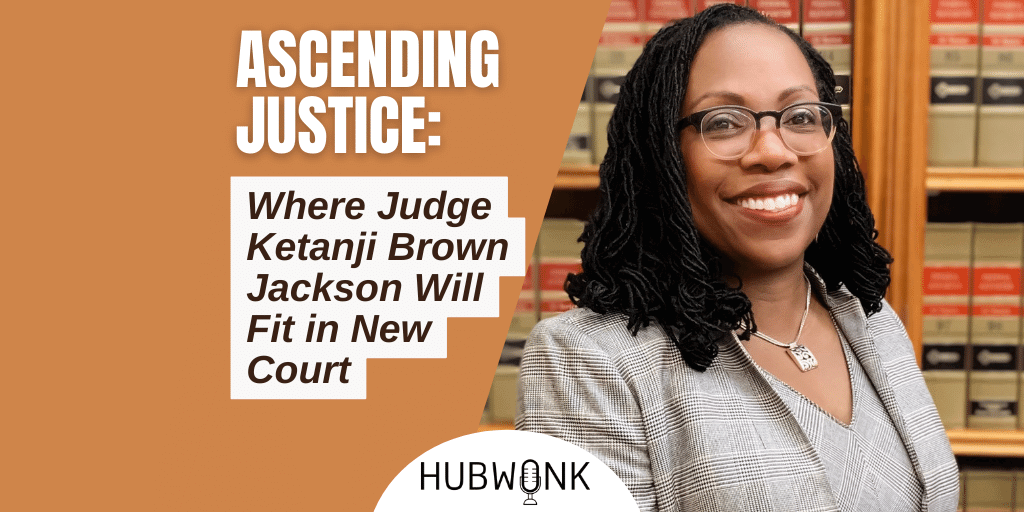 Hubwonk host Joe Selvaggi talks with constitutional scholar Ilya Shapiro about Judge Ketanji Brown Jackson’s nomination hearings and what her background and responses reveal about her views on the Constitution, the role of the Supreme Court, and her likely judicial positions relative to her fellow justices.

Ilya Shapiro is the Executive Director and lecturer of the Georgetown Center for the Constitution. Before coming to Georgetown, he was a vice president of the Cato Institute, director of the Robert A. Levy Center for Constitutional Studies, and publisher of the Cato Supreme Court Review. Before joining Cato, he was a special assistant/​adviser to the Multi‐​National Force in Iraq on rule‐​of‐​law issues and practiced at Patton Boggs and Cleary Gottlieb.

Shapiro is the author of Supreme Disorder: Judicial Nominations and the Politics of America’s Highest Court (2020), coauthor of Religious Liberties for Corporations? Hobby Lobby, the Affordable Care Act, and the Constitution (2014), and editor of 11 volumes of the Cato Supreme Court Review (2008–18). He has contributed to a variety of academic, popular, and professional publications, including the Wall Street Journal, the Harvard Journal of Law & Public Policy, the Washington Post, the Los Angeles Times, USA Today, National Review, and Newsweek. He also regularly provides commentary for various media outlets, is a legal consultant to CBS News, and once appeared on the Colbert Report.

Shapiro has testified before Congress and state legislatures and has filed more than 400 amicus curiae “friend of the court” briefs in the Supreme Court, including one that The Green Bag selected for its “Exemplary Legal Writing” collection. He lectures regularly on behalf of the Federalist Society, was an inaugural Washington Fellow at the National Review Institute, and has been an adjunct law professor at the George Washington University and University of Mississippi. He is also the chairman of the board of advisers of the Mississippi Justice Institute, a barrister in the Edward Coke Appellate Inn of Court, and a member of the Virginia Advisory Committee to the U.S. Commission on Civil Rights. In 2015, National Law Journal named him to its 40 under 40 list of “rising stars.”

Before entering private practice, Shapiro clerked for Judge E. Grady Jolly of the U.S. Court of Appeals for the Fifth Circuit. He holds an AB from Princeton University, an MSc from the London School of Economics, and a JD from the University of Chicago Law School (where he became a Tony Patiño Fellow).