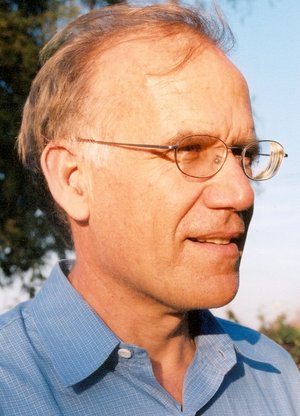 This week we have (a propos of the title of the podcast, i.e. The Victor Davis Hanson Interview edition) Victor Davis Hanson from Stanford and the Hoover Institution and National Review and many other esteemed places as our guest. We talk about North Korea and the strategy of Trump tweets and the media trying to somehow catch up. And then we get into the real red meat: what gives with the #NeverTrumpers? (remember them?). This discussion is worth downloading the podcast all by itself.

Then, the main stream media continues to look like Wily Coyote chasing the Road Runner, or Porky Pig trying to best Bugs Bunny – just beside themselves with ire. They are going to *some* *day* nail that sucker. Some day Trump will apologize. Some day he will get his comeuppance! George Stephanopoulos cannot believe that Trump accused the former President, the sainted Obama, of a felony!!! Doesn’t matter that the Trump was – as is evident to anyone paying attention – quoting the New York Times headline in his tweet about wire tapping. We’ve got seven plus more years of this. Will they continue screeching like this all that time?

We will have our shower thoughts as usual and this week’s hidden gem is Patti Smyth’s cover of the Tom Waits song, Downtown Train, released thirty years ago.

A Propos of our shower thoughts, there is this (Venn’s pi compass):

And, want to know where you birthday first appears in pi? (you know you do) Check out the pi finder here.

This edition of the Harvard Lunch Club Political Podcast is brought to you by ZipRecruiter:

Business confidence is back, employers are hiring again. And more and more businesses are recruiting their best employees the smart way, with ZipRecruiter dot com. Find candidates in any city or industry, nationwide. Just post once and watch your qualified candidates roll in to ZipRecruiter’s easy to use interface.

And, the HLC podcast is brought to you by the Great Courses Plus:

The Great Courses Plus has over 8,000 video lectures on an astounding array of topics including subjects that you’ve always wanted to learn about and also, subjects that you didn’t even realize you were interested in yet.