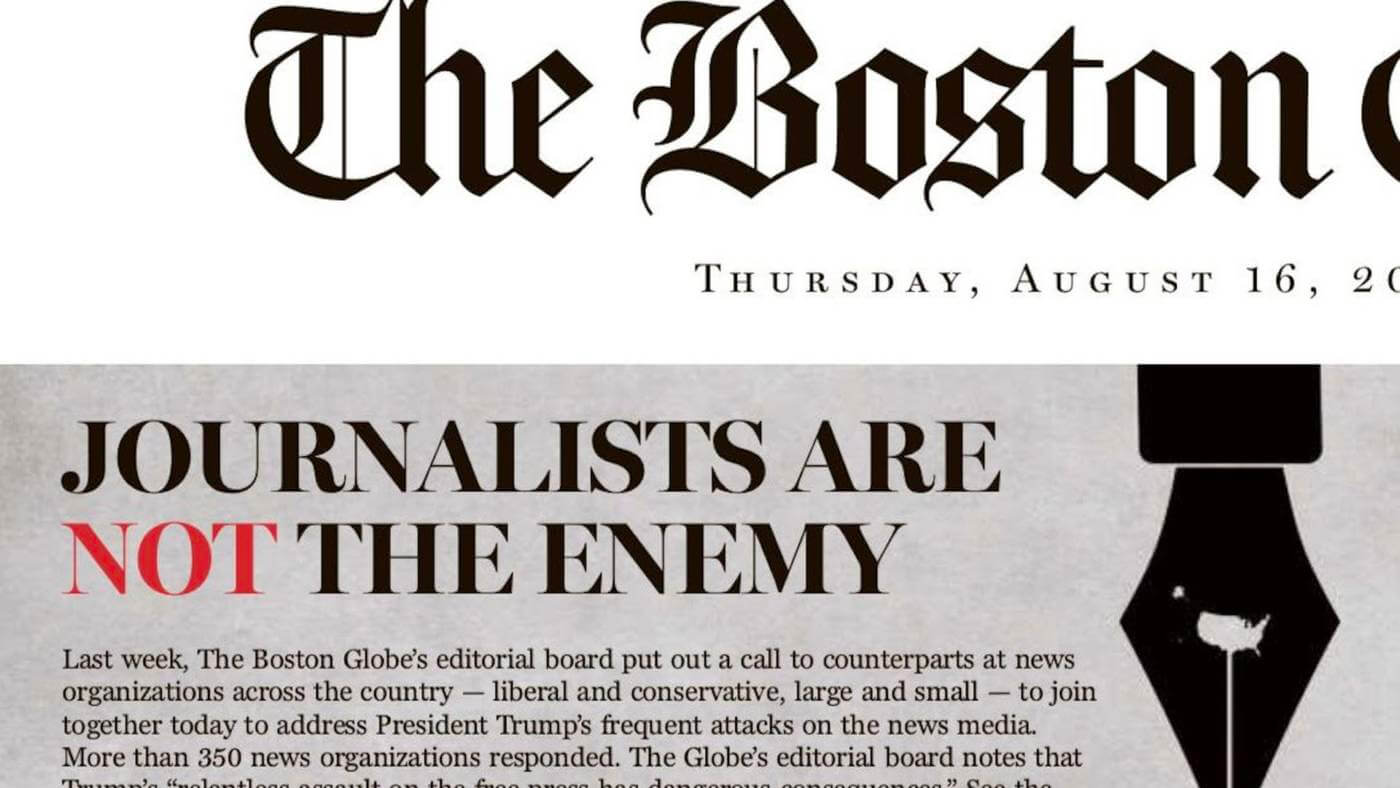 Welcome to the Harvard Lunch Club Political Podcast for August 28, 2018 it is the End of Trump edition of the show, number 189!!! This week is a special show because our guest is my esteemed editor from the Boston Globe, the editorial page editor Marjorie Pritchard. As noted by NPR host David Greene:

An editorial in The Boston Globe this morning [August 16] has the headline “Journalists Are Not The Enemy.” This is in response to President Trump’s attacks. He has called the media, quote, “the enemy of the American people.” Now, the Globe asked other newspapers to join them today in running an editorial like this, and more than 300 publications heeded the call. This was spearheaded by Marjorie Pritchard. She’s the op-ed editor of The Boston Globe.

Marjorie has the courage to cross over to the other side (that be us) and make her case to the right half of the podcast-sphere and we thank her for it. We discuss.

Then, (actually first) we discuss the immunity granted to Allen Weisselberg, long time financial guy for the Trump empire. Does it signal the end of Trump? Is he finally going to be taken down by Mueller? We shall see.

We have just engaging shower thoughts this week. Mine concerns lottery tickets. And our hidden gem this week, on the 50th anniversary of its release, is the Beatles Hey Jude. Todd, rock and roll mavin that he is, provides some interesting context. Enjoy!