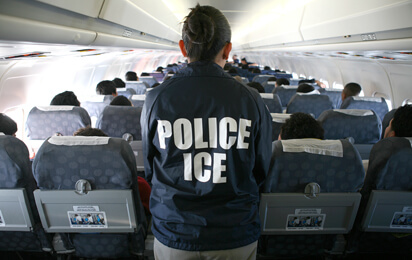 There is no other power that can conceivably — and I include the Chinese in this — take effective military action against the North Koreans to stop a nuclear program. That means it’s either the US [takes action] or North Korea has a nuclear weapon.

A second interesting piece is by “venture capitalist and political scientist” Eric Li, who argues that Trump may have found the one escape from an inevitable war with north Korea, namely, the decoupling of the contradictory demands of regime change and denuclearization.

My prediction: before the summer is out, Trump goes to Congress to request permission for military action.

Pagophobia is an intense, irrational fear of ICE

The pagophobic individual could fear injuring themselves by slipping on ice… At its most extreme, the individual suffering with Pagophobia may refuse to leave their house when ICE is observed outside.

Pagophobia derives from the Greek phrase “paggos”, that means ice and “phobos” which means fear. Pagophobia is caused by a traumatic event sooner or later in their life. That traumatic experience is then constantly and mechanically associated with ice and frost.

Hmmm. Where have we seen this lately?

We discuss the recent fisticuffs and threats of violence initiated by the peaceful left in conjunction with an illegal occupation of the Texas State House by protesting illegal aliens. Representative Matt Rinaldi, seeing protesters carrying signs saying “We’re Illegal and We are Staying” did what any responsible citizen would do; he called ICE. This led to one of his colleagues attacking him on the floor of the State House and another threatening to “get him” in the parking lot when he leaves. Rinaldi stood his ground and posted about this on his facebook page. He could use your support.

We will have our shower thoughts as always and our hidden gem for the week is a live version of Janis Joplin singing Cry, Baby.