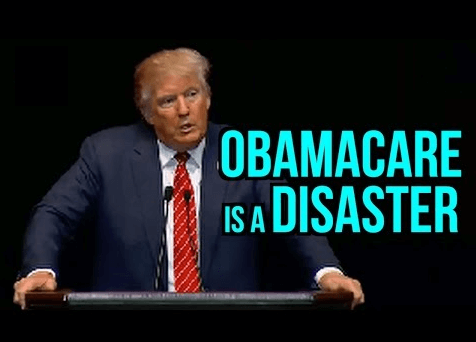 This week we will talk about breaking news that the Congressional Budget Office, in scoring the American Health Care Act, has concluded that 24 million fewer people will have health insurance by 2026 than under the present Obamacare system. It will evidently cost us $330 billion less than O-care. But is that a bargain? Is making a transition from one, massive healthcare system to another – however much it pays homage to free market principles – a winner? We agree that the core problem is the 1986 law (the Emergency Medical Treatment and Active Labor Act) that made it illegal to deny emergency room care to anyone. Seems like a small step to one-payer to us.

And, a Slate writer has picked up the gauntlet (*someone* had to) to defend the Barbarians who shut down Charles Murray’s speech at Middlebury College a week ago. Osita Nwanevu (we call him Osh) says that “the victory of reason cannot always be assured.” He duels with his fellow liberals (Peter Beinert, Frank Bruni and others) who have argued for tolerance of opposing views and against the thugs by asking when is something really beyond the pale. Liberalism, he says, has a self-destruct button called free speech.

The strange thing is, Osh makes a very compelling argument. If it’s okay to shut down Milo Yiannopoulos for unsavory opinions why can’t we shut down Murray (assuming that you grant, which of course I don’t, that Murray’s opinions are unsavory). Where are we allowed to draw the line? The most remarkable part of Osh’s argument is that he brings in William F. Buckley Jr. himself to make his point. It’s a fun discussion.

We will have our shower thoughts as usual and we will have as this week’s hidden gem The Gambler by the inimitable Kenny Rogers.

This week, we are brought to you by Harry’s Shave. Harry’s gives you elegance, comfort and convenience all at half the cost of those drug store brands. Try Harry’s and use the promo code Harvard. We promise. You ain’t ever going back. And the HLC podcast is also brought to you by SimpliSafe. Protect your home the smart, wireless way with no long term contract using SimpliSafe’s home security system.

You can find (almost) all of our hidden gems going back over two years here.