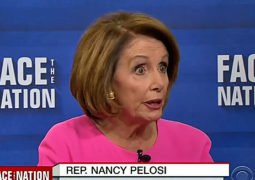 And, we will discuss the choice of various Democratic Congressmen and Senators of guests to bring to last night’s Presidential Speech before Congress. They chose, in short, to bring sympathetic aliens who were inconvenienced by the President’s attempt to make us safer (the travel ban on seven charming countries). In addition, some of them chose to bring illegal aliens known as “Dreamers” to the show. How good an idea was this in contrast to Trump’s decision to invite the wives and father of innocents who were slaughtered at the hands of illegal aliens who should have been deported? Want more Trump? This is how you get more Trump.

We will talk a bit about the Oscars. Have America’s movie stars and glitterati actually learned their lesson? They were a bit more, er, demur at the awards show than I expected.

We will have our shower thoughts (want to lose weight?) and our hidden gem for this week is by Neil Young, entitled Harvest. You can find (almost) all of our hidden gems going back over two years here.

Have you ever wanted to learn about some topic but found that when you turned to the internet you either got shallow explanations with no context or else myriads of articles which give you no idea where to begin? The Great Courses Plus has over 8,000 video lectures on an astounding array of topics including subjects that you’ve always wanted to learn about and also, subjects that you didn’t even realize you were interested in yet.

And the HLC podcast is also brought to you by ZipRecruiter