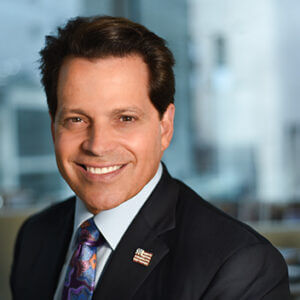 Host Rich Goldberg is joined by SkyBridge managing partner Anthony Scaramucci, who reacts to the doom-and-gloom crypto naysayers, concedes that he could be wrong in his assessment of its merits — and why he thinks he’s not. He also shares some thoughts about what the future holds for his former boss, former President Donald Trump.

Anthony Scaramucci is the founder and managing partner of SkyBridge, a global alternative investment firm, and founder and chairman of SALT, a global thought leadership forum and venture studio.

Prior to founding SkyBridge in 2005, Scaramucci co-founded investment partnership Oscar Capital Management, which was sold to Neuberger Berman in 2001. Earlier, he worked in Private Wealth Management at Goldman Sachs & Co.In 2022, Scaramucci was ranked #47 in Cointelegraph’s Top 100 Influencers in Crypto and Blockchain. In 2016, he was ranked #85 in Worth Magazine’s Power 100: The 100 Most Powerful People in Global Finance. In 2011, he received Ernst & Young’s New York Financial Services “Entrepreneur of the Year” Award.  Anthony is a member of the Council on Foreign Relations (CFR) and a board member of the Federal Enforcement Homeland Security Foundation. He is the author of five books.

Scaramucci, a native of Long Island, New York, holds a Bachelor of Arts degree in Economics from Tufts University and a Juris Doctor from Harvard Law School.