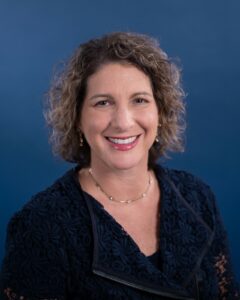 Dr. Samantha Ravich is the chairman of FDD’s Center onCyber and Technology Innovation and its Transformative Cyber Innovation Lab and the principal investigator on FDD’s Cyber-Enabled Economic Warfare project. She is also a senior advisor at FDD, serving on the advisory boards of FDD’s Center on Economic and Financial Power (CEFP) and Center on Military and Political Power (CMPP). Samantha serves as a commissioner on the congressionally mandated Cyberspace Solarium Commission and as a member of the U.S. Secret Service’s Cyber Investigation Advisory Board. Samantha served as deputy national security advisor for Vice President Cheney, focusing on Asian and Middle East Affairs as well as on counter-terrorism and counter-proliferation. Following her time at the White House, Samantha was the Republican co-chair of the congressionally mandated National Commission for Review of Research and Development Programs in the United States Intelligence Community. Most recently, she served as vice chair of the President’s Intelligence Advisory Board (PIAB) and co-chair of the Artificial Intelligence Working Group of the Secretary of Energy Advisory Board. She is advisor on cyber and geo-political threats and trends to numerous technology, manufacturing, and services companies; a managing partner of A2P, a social data analytics firm; and on the board of directors for International Game Technology (NYSE:IGT). 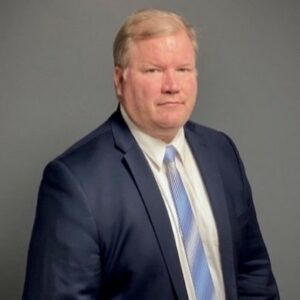 Mark Montgomery serves as senior director of the Center on Cyber and Technology Innovation, where he leads FDD’s efforts to advance U.S. prosperity and security through technology innovation while countering cyber threats that seek to diminish them. Mark also directs CSC 2.0, an initiative that works to implement the recommendations of the congressionally mandated Cyberspace Solarium Commission, where he served as executive director. Previously, Mark served as policy director for the Senate Armed Services Committee under the leadership of Senator John S. McCain, coordinating policy efforts on national security strategy, capabilities and requirements, and cyber policy.

Mark served for 32 years in the U.S. Navy as a nuclear-trained surface warfare officer, retiring as a rear admiral in 2017. His flag officer assignments included director of operations (J3) at U. S. Pacific Command; commander of Carrier Strike Group 5, embarked on the USS George Washington, stationed in Japan; and deputy director for plans, policy and strategy (J5) at U. S. European Command. He was assigned to the National Security Council from 1998 to 2000, serving as director for transnational threats. Mark has graduate degrees from the University of Pennsylvania and the University of Oxford and completed the U.S. Navy’s nuclear power training program.