Host Rich Goldberg reviews a very bad week for cryptocurrencies and sounds off on the Blockchain Association for misleading policymakers about Russia and sanctions. Then, Alex Leishman of River Financial stays bullish on Bitcoin, explaining his own unique BTC products, including a new way to buy your own Bitcoin mining fleet. 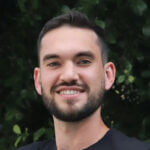 Alex Leishman is the Co-Founder and Chief Executive Officer at River Financial. He brings his deep expertise in software engineering, information security, and Bitcoin to River where he oversees investor relations, corporate strategy, and engineering. Prior to co-founding River Financial, Alex most recently served on the investment and engineering teams at Polychain Capital and Polychain Labs focusing on Bitcoin-related venture investments. He holds a degree in Aerospace Engineering from the University of Maryland and a Master’s in Computer Science from Stanford University where he helped teach the first Bitcoin class under Professor Dan Boneh.