Jim George's Member Feed posts are visible only to other Ricochet members! Please Login or Register.

According to reports this afternoon, a jury in Philadelphia has just found Mark Houck not guilty of all charges brought against him by the bloodthirsty goons of the Department of [In]Justice. They had sent dozens of FBI agents in SWAT riot gear to arrest him in front of his wife and children. The context is set forth in this report from Just The News:

Philadelphia jury on Monday found pro-life activist Mark Houck not guilty on both federal charges in relation to an Oct. 13, 2021, altercation with an abortion clinic volunteer.

I read items like this and cannot help but think of the Keystone Kops. How many more “shocking,” “bombshell,” “explosive” discoveries are we going to have before we start asking if just maybe there is something else going on?

An invaluable six-minute short course on our sacred First Amendment rights. Here is a real American who believes in the tenets of the First Amendment, including the part often disregarded by the radicals of today, the duty to listen to all viewpoints and not try to shut down others because they disagree with you. MUST […]

How long before a critical mass of citizens finally say Enough is Enough? Then…?

It would take more adjectives than I know to describe our love for what we, and so many others around the world, regard as one of the most beautiful cities in the world, the very epitome of culture, civilization, culture, natural setting, and a place where My Lady and I have had some of the best times of our life with some of the dearest friends we have ever had. In saying that, I hope to dispel any idea that I feel a sense of schadenfreude in recording the most recent outrage against all The City by the Bay stands for in the minds of so many of us in whose lives it played such a major role and whose memory we hold dear and precious.

There are, of course, a multitude of memorials to the life of Rev. King, as there should be on the day set aside to recall what he did for America and, not to put a damper on these occasions, to mourn at what he would think if he could see what has been done to his dream of being judged by the content of his character and not by the color of his skin. I thought I would set out below links to some of the most thoughtful of these writings and I hope you enjoy them as much as I did.

Finally, we can all breathe a sigh of relief now that the doctrine of Equal Justice Under Law has been officially reinstated! Preview Open

Governor Abbott of Texas actually did speak truth to power instead of just speechify about it when he handed “President” Biden the following letter pointing out how miserably — criminally?— this pathetic excuse for a Commander-in-Chief has violated his oath of office in many ways, in this instance, about the border.

The full letter is below, but here is the main charge: “…you have violated your constitutional obligation to defend the States against invasion through faithful execution of federal laws.” Would that more Governors and others in positions of leadership other than just Gov. Abbott and, of course, our Governor, Ron DeSantis, have the [_ _ _ _ _] to tell this wretched, corrupt old pol to his face how he is destroying his own country, the one he took a solemn oath (I’m so old, I remember when that meant what it said) to defend.

And her service to her country in the United States Air Force. On this second anniversary of the only armed insurrection in history in which none of the “insurrectionists” were armed, now often referred to as the Fedsurrection due to the enormous number of agents of the Federal Bureau of Intimidation involved, I would like […]

Among the many ways we can honor our fallen warriors is the Missing Man, or Missing Warrior, Table. A recent article by the incomparable Salena Zito titled “The Empty Place Setting at the Table,” here,  discusses this poignant tradition and described some of the history behind it:

All across America, families of service members—those fortunate their family member returned home and those whose family member tragically did not—will leave a place setting at their holiday table for those who never came home.

Justice Gorsuch joins the liberals and makes solid Constitutional sense in doing so. The United States Supreme Court entered an Order this afternoon regarding Title 42 which is being reported as an Order “putting on hold” the Biden administration’s termination of the COVID-era emergency policy under which Border officials have deported 2.5 million migrants on […]

No matter what one’s politics may be, this 4 minute video by Senator Rand Paul, in my humble opinion one of the few remaining members of that august body, a/k/a The Most Exclusive Club in the World, who thinks the way we proles do as opposed to the likes of the execrable McConnell, about “The […]

Merry Christmas! I have sent this out for a number of years and it appears especially timely as we see the end of this troubled year about some of which Mr. Royster seemed most prescient when he wrote this a few years after the final days of WWII. According to an online publication, here, “Vermont Connecticut Royster was the […]

How to even begin to describe the crushing loss of one of your oldest friends— really  the first best friend you ever had? I learned a few moments ago of the passing of my best friend in high school days, whose family home was truly my other home in those days, whose parents were so critically important in my very young years, her Mom always serving up precious sweets and treats in that huge kitchen of hers and her Father — Justice Sam—very possibly the single role model who led me to a life in the law later in life.

She attended Sacred Heart Academy in New Orleans and I, of course, remained in our small town on the Bayou in South Louisiana, but we saw each other on the weekends, times I would enjoy that lovely, gracious home of her family- and, most of all, her family!

Remembering the date which will live in infamy. 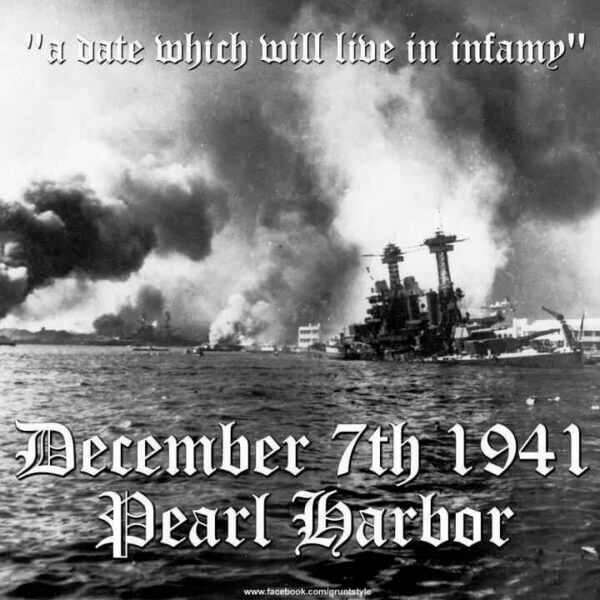 “If I Were the Devil.” Remember Paul Harvey? Those of us of a certain age knew him as a basic part of our lives as we tuned in every day at noon to hear those stentorian tones and waited until after the break for his “and now you know the rest of the story!” What […]

Happy Thanksgiving to all! This account of the unimaginable hardships endured by the earliest Pilgrims, by one who was there, has appeared in the Wall Street Journal annually since 1961. I enjoy it every year and hope you will also enjoy these excerpts from this astonishing telling of a most amazing tale of courage and […] 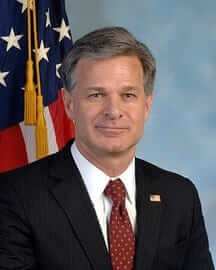 It is beyond any hope of rehabilitation at this point. And this should be the picture next to the definition of the word “smarmy.”

I would submit several more descriptive terms to this little worm, approximately 99% of which would not be appropriate for polite company. It seems, from a hearing before the Senate Oversight Committee this morning, that I am in good company in this opinion of this walking personification of the phrase “Washington Establishment.”

Here is the video of the questioning of this [redacted] by Sen. Josh Hawley in which it is fair to say that the senator, as our friends in Mississippi might describe it, “cut him long, deep and wide’; it runs about six minutes and is worth every second.

The Ugly American (Harvard MBA!) Learns Timeless Lesson in Italian Fishing Village. This little piece of wisdom caught my eye as the photo appeared to have been taken in one of our favorite places on the face of the earth- Positano on the Amalfi Coast of Italy where we truly enjoyed the good life the […]

Pray they are accurate. All I can say is: Pray it is so! A real ray of hope after these two years of sordid, sleazy, slimy, dangerously incompetent and, in one case, dangerously senile, “leaders”! One question did jump out at me, however: who in the world are those 47% in Pennsylvania who would vote […]

…And I’m definitely not alone.

There have been some excellent columns written lately about the new and wholly inane buzzword(s), “election denier.” I thought it might be helpful if I passed along some thoughts from some writers whose work I admire: Victor Davis Hanson, Roger Kimball, and others. This includes prominently, almost assuredly, the next Governor of Arizona, Kari Lake, to illustrate how quickly the most bizarre words and phrases get adopted by the Loonocracy and become part of the national lexicon.