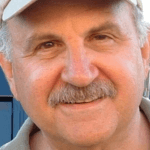 With the Ukraine war dragging on, joining this episode is Stephen Bryen, an expert on Ukraine, war fighting, security, and technology. We explore the state of play, how that war might end, and some technology lessons including warfighters using Elon Musk’s Starlink, and about Russia’s weaponized energy exports. 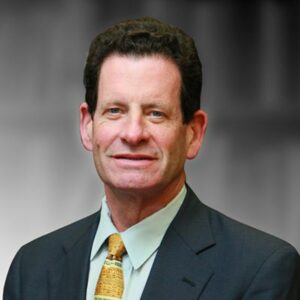 Now that Europe has a six-month plan to embargo Russian oil, a kind of Realpolitik of energy is coming into play making clear the limits of the energy transition and who holds the winning hand in the serious geopolitical game underway.

The European Parliament endorsed a complete ban on conventional cars by 2035. EV-owner and storied automobile dealer, and vice-chair of the National Association of Automobile Dealers, Geoffrey Pohanka joins to talk about cars and EVs in the real world.

Storied and successful investor John Mauldin joins to talk about the realities and opportunities during our time of chaos, about the philosophy of markets, and about the opportunities in America’s oilfields, too.

Mauldin Economics and his recent newsletter referred to in this edition: Rock and a Hard Place (May 27, 2022.)

Carbon tax proposals have resurfaced as a “border carbon adjustment” tariff. The idea is to force society to cut back on hydrocarbons and, this time, it’s claimed the tax will stimulate innovation and reshore industries. But it won’t achieve any of the stated goals and, worse, it’s inflationary.

Author and economist Larry Siegel joins this episode to talk about his latest book, Fewer, Richer, Greener: Prospects for Humanity in an Age of Abundance, about why a future can bring abundance and positive changes to many corners of society.

You can read Siegel’s review of Mark’s book here.

Elon Musk has built an industry-transforming enterprise with impressive technology. But the realities of electric vehicles are quite different for many fevered forecasts. Policymakers in dozens of countries have proposed banning the sale of conventional cars in a decade or so, in order to make way for an all-electric car future. Except that won’t happen

The well-known oil expert Daniel Yergin, vice chairman of S&P Global, joins to talk about the state of affairs and where the future will drag us, expanding on what he predicted in his recent book, The New Map: Energy, Climate and the Clash of Nations.

Energy policy debates continue to heat up, because of inflation and because of Russia. It’s time for an overview of the state-of-play regarding energy technology realities and to explore the answers to the top six questions we’ve received about our observations about energy matters.

The oil and gas commodity price “war premium” is obvious. But with leaders in the EU and America pledging to “double down” on alternative energy to delink from oil/gas, they’re unintentionally setting in motion huge price pressure on mineral commodities that will drive inflation even higher. An exploration of technology and market realities.

The real-world velocity of fundamental technology change explains why an imminent “energy transition” won’t delink the world from oil and gas in general and Russian supplies in particular, and why policies ignoring that reality have accelerated commodity inflation.

Mark explores the role of robots and artificial intelligence in boosting the supply of (cheaper) oil and gas critical to economies. He is joined by two leading “imagineers” who are inventing the future: Nic Radford, founder and CEO of Nauticus Robotics, and Jon Ludwig, founder and President of Novi Labs.

In this edition, Mark Mills’ monologue addresses the long-term energy implications of the horrific Ukrainian invasion, and the likelihood, and tech realities, of a Great Energy Reset.

In the inaugural edition of The Last Optimist, Steve Forbes joins Mark Mills to talk about what history, and today’s realities, tell us about policies needed to unleash the economic benefits of innovations.

Books mentioned in this podcast:

The Last Optimist with Mark P. Mills, a podcast from The Manhattan Institute.