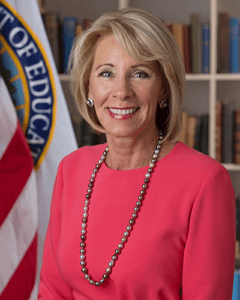 On this very special episode of Take Back our Schools, Beth and Andrew speak with former U.S. Secretary of Education, Betsy DeVos. We discuss Betsy’s lifelong advocacy for education freedom and school choice, and she shares stories of some of the innovative schools she has seen as well as her experiences being the primary target for the powerful teachers unions. We also discuss her effort reforming of the Title IX rules, and the Biden administration’s proposed rollback, announced just yesterday, of some of these regulations around sex and gender discrimination in schools and universities.

Betsy DeVos is the author of Hostages No More – The Fight For Education Freedom and the Future of the American Child, published this week. Betsy served as the 11th U.S. Secretary of Education from 2017 – 2021 and for more than three decades, she’s led the fight for policies that allow students and their parents the freedom to choose the best educational option for them. Betsy is the former chair of the American Federation of Children, the Philanthropy Roundtable, and the Michigan Republican Party. She is also a mother of four children and a grandmother of ten. 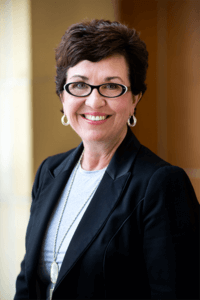 On this episode of Take Back Our Schools, Beth and Andrew speak with parent advocate Kim Borchers. Kim is the President and owner of Bird Dog Recruitment and Consulting LLC, was formerly with the Foundation for Government Accountability, and has spent 20+ years in the grassroots movement. Along the way she also served in politics, serving as a Deputy Chief of Staff for a Midwest governor, is the current RNC National Committeewoman for Kansas and currently advises and directs the Policy Circle’s Civic Leadership Engagement Roadmap (CLER) program. Kim is also part of the Independent Women’s Forum. 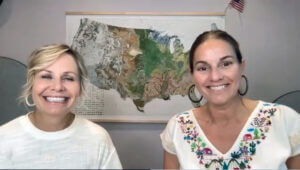 In this episode of Take Back Our Schools, Beth and Andrew talk to two courageous mothers, Andrea Gross and Amy Gonzalez. They tell the story of how their children were expelled from their prestigious private school, Columbus Academy (Columbus, OH) because of their advocacy efforts. 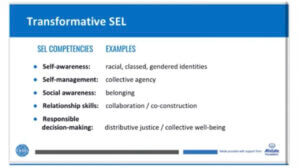 In this episode of Take Back our Schools, Beth and Andrew welcome social-emotional learning expert, Jason Littlefield. Jason is the founder of EmpowerED Pathways and co-designer of the Empowered Humanity Theory, a framework for life, leadership, and learning. He served as a public educator for twenty-one years and from 2014 to 2021 he was a Social and Emotional Learning Specialist for the Austin Independent School District. Jason is also affiliated with  Free Black Thought and The Institute for Liberal Values.

Jason begins by explaining what exactly is social-emotional learning (SEL) and how good SEL got transformed into the very bad “Transformative SEL.” Jason talks about the relationship between SEL, critical race theory (CRT) and diversity, equity and inclusion (DEI). We discuss what is the driving force for this ideology, and why it is so damaging to children and to our country. Jason describes his value-based alternative form of SEL, which he calls Empowered Humanity Theory, and explains why he is one of the exceedingly few practitioners of SEL swimming against today’s zeitgeist. Jason is raising money for his efforts through a Go Fund Me campaign. 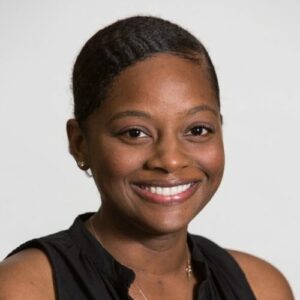 In this episode of Take Back Our Schools, Beth and Andrew interview Denisha Merriweather, a remarkable young woman who experienced the life-changing impact a quality education can have on a person’s life.

Denisha is a former Florida Tax Credit Scholarship Program student who is the first in her family to graduate from high school and college. Denisha currently serves as the Director of Public Relations and Content Marketing at the American Federation for Children and is the Founder of Black Minds Matter. She previously served as a confidential assistant/political appointee at the U.S. Department of Education led by Secretary Betsy DeVos.

Denisha talks about her experience growing up and attending underperforming public schools in an impoverished neighborhood of Jacksonville, Florida and how her life completely changed when she moved in with her Godmother and switched to a small private school with teachers who would not let her fail. Her experience with Florida’s Tax Credit Scholarship Program led to her to become an advocate for school choice and she discusses her organization, Black Minds Matter, and her work with the American Federation for Children. 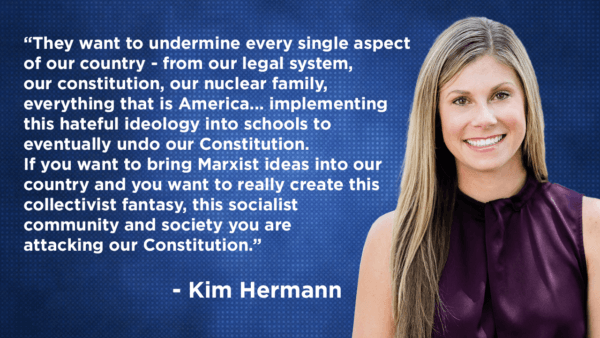 On this episode of Take Back Our Schools, Beth and Andrew talk to Kim Hermann, one of the country’s leading attorneys in the war against woke education. Kim is General Counsel at Southeastern Legal Foundation, one of the nation’s oldest conservative public interest law firms. In addition to representing clients, Kim testifies before state legislatures, has drafted several pieces of model legislation, and regularly publishes legal articles. Her work and that of Southeastern Legal Foundation is regularly covered by national media.

On the podcast, Kim discusses some of the cases she is litigating around civil liberties in the classroom. She talks about some of the civil rights protections that parents, teachers and children have in our education system. We discuss issues of free speech, compelled speech and curriculum transparency, and Kim shares her advice to parents about what makes a good legal case and other avenues parents have to fight back against politicized curriculum.

On this episode of Take Back Our Schools, Andrew and new co-host Beth Feeley welcome Robert Woodson Sr. to the podcast. Bob is the Founder and President of the Woodson Center, 1776 Unites and Voices of Black Mothers United. He is an influential leader on issues of poverty alleviation and empowering disadvantaged communities to become agents of their own uplift. Bob is also a frequent advisor to local, state and federal government officials as well as business and philanthropic organizations.

Bob discusses his experience in the civil rights movement of the 1960s and shares his views on how and why the movement went wrong. Bob talks about what led him to start the Woodson Center and illustrates the work his organization is doing to improve the lives of low income families in impoverished neighborhoods. He discusses what led him to launch the 1776 Unites curriculum as a counter to the New York Times‘ “1619 Project.” Finally, we discuss Bob’s disappointment with the divisive presidency of Barack Obama.