The Tel Aviv Tourist Association, warmly backed by Mayor Ron Huldai, has launched a six-month outreach program to encourage gay and lesbian travelers from around the world to visit the city. The program will offer discounted flight and hotel packages, free city tours and discounts. It’s currently oriented towards the communities in Germany and France, but the intention is to expand the program to other international markets after the six-month launch period is up.

I can’t vouch for the club scene but I’m a serious foodie, and you can believe me when I tell you that Tel Aviv offers some world-class dining. And the beach is beautiful. The city’s a little grubby, but it’s got a great, friendly, good-humored charm. We’re subscribers to a couple of theaters in Tel Aviv and it’s always a pleasure going into town. I heartily back this initiative. Welcome, one and all!

“Dying cancer patients to be told to manage their own symptoms.” Things sound pretty grim to me at the NHS, our new role model for enlightened medical care.

An investigation by The Sunday Telegraph has uncovered widespread cuts planned across the NHS, many of which have already been agreed by senior health service officials. They include:

Elizabeth Wurtzel just emailed me a list of some prominent bar exam failers — which got me thinking, probably tangentially to her point, that there really are a lot of people who pass through law school. WikiAnswers indicates that the US has the largest number of lawyers by far:

There’s been some support voiced around here, by contributors and members alike, for Paul Ryan’s Roadmap. Via Stacy McCain, here’s Ryan on the Roadmap, gloves off:

In response to Angelo Codevilla’s must-reader at AmSpec, Ross sounds a cautionary note:

One can deny that Barack Obama’s inner circle is wise, but it’s foolish to pretend that they aren’t remarkably intelligent. This pretense, like the notion that two-thirds of Americans are ripe for a revolution against the administrative state, has the unfortunate consequence of making things seem too easy for conservatives.

Until I got to know you all I’d heard about was what a monster you were. The first time I looked you up i fully expected to see a monster’s picture instead of a human being’s. Then I started reading what you had to write and watching some interviews and said to myself, “self, that John Yoo ain’t so bad after all.” Declaring yourself a Hamiltonian puts us back at square one, Mr. Yoo. 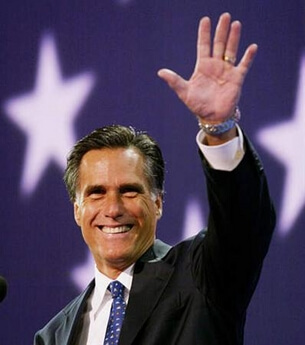 Republicans have a habit — stretching back over 40 years — of nominating the “next guy in line” for president. Sometimes that works out pretty well — the Reagan who ran in 1980 had been honed by his brief 1976 attempt to win the nomination from Ford. Sometimes, not so much, cf. McCain, 2008. There are always dark horses and out-of-left-field names in the mix, but in the end, the Tired Old Party usually picks the Next In Line.

Right now, though, there are two Next In Lines, according to Republican tradition. There’s the guy who ran for the nomination last time and lost — that’s the Reagan 1980 model — and is called the “front runner.” That’s Mitt.

If you had told me on 9/11 that almost a decade later there would still be a pit at Ground Zero, I would have laughed…then cried…then hurled. But here we are. Forget about whatever’s going up at that sorrowful spot, or when. What I want to know is what we should have put there already.

My atavistic suggestion, aired in the Ground Zero Strip Club conversation below:

So, Conor Friedersdorf has a good idea:

Over in the comments section, Ricochet member Jim Chase writes this:

The current political class notwithstanding, we are a nation founded on the rule of law. If the Cordoba bunch has legally acquired property/zoning permissions, and if there is no direct tie (financial) to groups formally designated as terrorist by the State Dept., then they have the right to build wherever they want. Our laws protect such activity, be it religious, economic and/or assembly.

if you’re going to fight Chicago style, you need to be really, really right. Otherwise, you fall not just into an ends-justifies-the-means situation but into an even more perverse means-justify-the-ends situation. In other words, saying we need to fight like Alinskyites out of some principle almost certainly guarantees that we will lose sight of what we’re supposed to be fighting for. — Jonah Goldberg

I don’t get Rush’s point at all. I think Breitbart made a mistake, reacted badly to its exposure, and ought to apologize. Maybe that set of views is wrong, but how is it cowardly? — Ramesh Ponnuru

In your latest for Forbes, Conor, you make a remarkable claim: Cordoba House — you think “the Ground Zero Mosque” inapt — should be analogized to New York Dolls, an establishment we are as little entitled to call the Ground Zero Strip Club for conducting business just two blocks away from the fallen Towers:

The closest strip club to Ground Zero happens to be two blocks away, a fact that has nothing to do with our reverence for the place where so many Americans were killed by terrorists. As you’ve probably noticed, it doesn’t even make sense to call it The Ground Zero Strip Club. But it makes no less sense than naming an Islamic community center “The Ground Zero Mosque”–as much of the media have done–because it’s going to be located a couple blocks away.

On an issue that’s hot at Ricochet these days, read Jane Hamsher (also notable for opposing Rahm Emanuel despite standing well to our left):

[…] everyone discussing the “immigration problem” was ignoring the elephant in the middle of the room: marijuana prohibition. It’s channeling millions in drug money into the Mexican cartels, and represents 60% of all cartel profits. That money gets used to finance violence not only at the border but in over 200 cities across the United States where they currently have a presence — up from 100 cities three years earlier.

If you wanted to argue that Newt Gingrich is often given to the unduly sweeping statement, or that from time to time he seems to confuse pop culture with historical analysis–remember how much he used to make of Alvin Toffler’s Third Wave?– I’d make no effort to gainsay you. On the other hand, just get a load of this:

The time for double standards that allow Islamists to behave aggressively toward us while they demand our weakness and submission is over….America is experiencing an Islamist cultural-political offensive designed to undermine and destroy our civilization.

I don’t know how much credence to give this report that Turkey is “moving rapidly” to acquire nuclear weapons. But if this part is true, it gives new meaning to the word chutzpahdik.

Ankara is seeking to justify its quest for nuclear weapons by arguing that with or without the approval of its Western allies Turkey has to develop such capabilities because a nuclear Iran next to its border puts Turkish national security under threat.

If someone else has already commented on this, forgive me–I’m hurrying to get to the mattress store (yes, that) before it closes–but “Cordoba House?” The name itself represents an act of aggression.

The history here is complicated, but in brief:

That’s the question the formidable Daniel Larison and Noah Millman wish to raise, over and against David Frum’s case for the special relationship. I’m not inclined to pick on Frum first. So here’s Larison:

as Millman says, the Cold War is long over, and whatever strategic advantage Israel provided back then disappeared along with the Soviet Union. If the “realist case for a strong relationship with Israel today revolves primarily around the claim that we have common enemies,” as Millman writes, it is not at all clear that there is much that supports this case. As dreadful as they are, Hamas and Hizbullah are not enemies of the United States, and we largely treat Iran as our enemy because our Gulf allies and Israel insist that we do. At present and in the future, the U.S. has many reasons to find a modus vivendi with Iran and to improve relations, not least because one of our most important regional allies, Turkey, has made improved relations with Iran a priority. The claim that “we have common enemies” is based in no small part on the conflation of all Islamic revolutionary, resistance and jihadist groups into one camp in which Al Qaeda, Hamas, Hizbullah, and the IRGC are all placed regardless of their differences with one another or the threat they pose to U.S. interests. 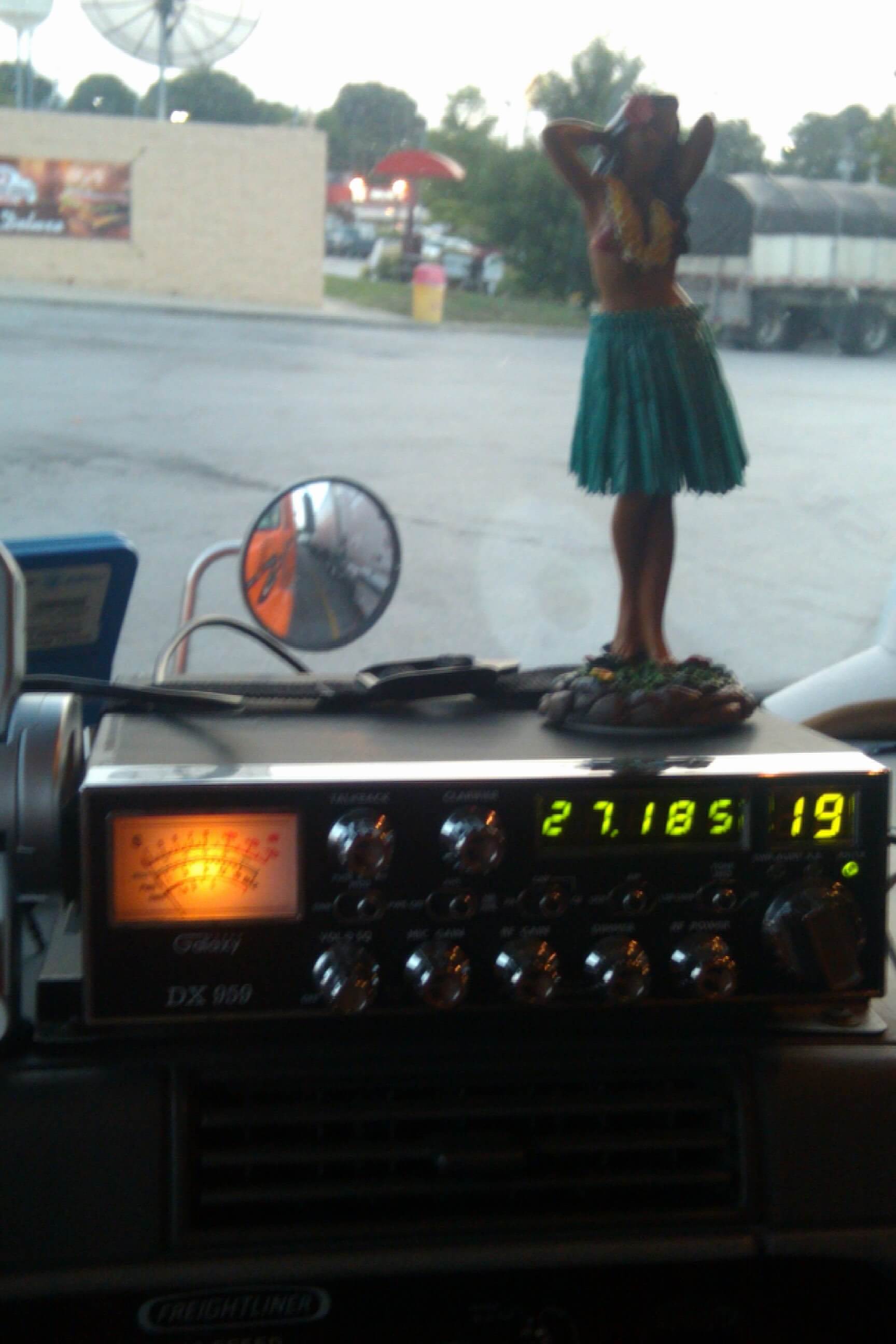 Meet my new travel companion, Leilanni. Notice please that she is ensconced right of center on my CB radio. She has a nice tan, eschewing the orange look that troubled our own Claire Berlinski. She can dance the boogaloo like nobody’s business. She’s very low maintenance, requiring only an occasional dusting. And most importantly, she’s not prone to verbal gaffes (There’s a lot to be said for silence. – Leilanni). This last characteristic is what sets her, head, shoulders and hip spring, above Ray LaHood, our Department of Transportation (DOT) Secretary.

There has always been a certain degree of tension between those who drive 18 wheelers and the DOT. As drivers, our mission is simple: Bring the merchandise you need and desire to your store’s shelves on time and without hurting anyone. Often times, it seems that the DOT mission is to make our job as difficult as humanly possible. Of course, that isn’t their mission, but between the inspections at weigh stations, hours of service requirements that slow the freight, random roadside inspections, paperwork requirements that almost require an administrative assistant in the truck (Leilanni refuses to do filing), actually driving the truck almost gets lost in the mix.

At Above the Law, Editors David Lat and Elie Mystal are debating liberal bias in law school:

As we mentioned this morning, a report from researchers at Berkeley Law suggests that legal education is a field dominated by white, male, elite liberals. […]

Rangel charged w/ violating House ethics rules. No doubt accusing him of not having enough violations to meet his quota. #ftrs #tcotabout 17 hours ago via web

Are They Really This Stupid?
Victor Tango Kilo · 16 Likes