Oh, wait. I didn’t predict that CNN would hire Spitzer, I read that at TVNewser. So I guess that wasn’t much of a prediction. Still, it was better than my forecast that Obama would keep McChrystal.

The big game today: Argentina versus Greece. Going into this match, Argentina leads Greece by six points. But if Greece defeats Argentina today, Greece can tie Argentina’s overall score, remaining a contender for the world cup itself.

Scheduled to play for Argentina: the astonishing Lionel Messi (who all by himself–I’ll admit it–has turned even me into a soccer fan). Just look at what Messi can do:

The comments in response to my earlier post about the terrorists who bombed my neighborhood yesterday made me realize that most Americans just don’t know about the PKK.

I’d blame the media, but I am the media. So I guess it’s my fault. Let me make it up to you. I’m going to explain the PKK problem and tell you why you should care about it. I’ve just got to figure out a way to do it without boring you. It’s not a boring subject at all, believe me, especially when they’re operating in your neighborhood. It’s just a little complicated, and there are a lot of acronyms, which can be confusing. But really, give it a chance: Trying to figure out what’s going on here is like playing Risk, only with real people and real blood. So get yourself a cup of coffee, pull out a map of the Middle East and some pushpins, and play along.

So it’s official: CNN has hired disgraced former governor Eliot Spitzer for its 8 pm ET slot. He and columnist Kathleen Parker will be replacing Campbell Brown.

Spitzer, destined to be remembered as “Client #9,” takes another step in his, uh, comeback.

Ricochet pride compels me to link to this excellent piece in today’s New York Times, on Ricochet podcast guest and (soon to be) contributor, former Florida Governor Jeb Bush. (If you haven’t heard him on the Ricochet podcast, it’s here; scroll down to Number 12….)

Over on the Corner, Mark Krikorian has posted a response to my Wall Street Journal column last week on Reagan and immigration:

I suspect…[Peter is] right that open immigration appealed to Reagan ideologically….He came of age and was formed intellectually in the post-immigration era; mass immigration came to an end when he was 13 years old. From the time he was 20 until he was 34, annual immigration never exceeded 100,000, and was usually much lower. When he gave his “A Time for Choosing” speech in 1964, total legal immigration was less than 300,000 and Ted Kennedy had not yet laid the statutory groundwork for today’s mass immigration of well over a million a year.

As Steve argues over at The Weekly Standard, and says in a comment here on Ricochet, “McChrystal Must Go.” The Rolling Stone fiasco, Steve asserts, has weakened McChrystal irreparably, rendering him incapable of standing up to the civilians to whom he reports, including the commander-in-chief. Anyone commanding our troops in Afghanistan, Steve argues, must be in a position to tell Barack Obama things he just won’t want to hear. If the President keeps him in his job, McChrystal will find himself too beholden to the President to stand up to him.

The argument strikes me as entirely compelling–except for one point: Who the heck would replace McChrystal? McChrystal commands the loyalty, even the devotion, of the troops on the ground; he represents perhaps the Pentagon’s leading practitioner of counter-insurgency warfare; and he appears to be very nearly the only American in the military, the state department, the White House or anywhere else who has a good working relationship with Hamid Karzai, the president of Afghanistan. Steve endorses Bill Kristol’s suggestion that the President should ask Gen. Petraeus to lay down his present duties at Central Command in Florida to replace McChrystal. Which leads me to ask two questions of Steve. (And I don’t intend these as in any way tendentious. Steve covers the war beat. He’s a lot more likely to know the answers than is yours truly.)

A New York Times article this morning entitled “Obama set to warn insurers over “rate gouging,'” included the following, which is one of the most astonishing things I’ve seen in print in — oh, days, at least:

The White House is conceerned that health insurers will blame the new law for increases in premiums that are intended to maximize profits rather than covering claims.

But it’s good news because it means two important things:

Cool! Politico is now sending reporters into the future to flash reports back to the present day. So it seems in this piece at least. Speaking at a debate yesterday, liberal legal scholar Walter Dellinger offered the opinion that Roe V. Wade would one day be overturned by conservative judges. Wasting nary a moment, Politico reporter James Hohmann jumped into his DeLorean and reported back from the world of tomorrow:

Such a decision by the Supreme Court would pour barrels of gasoline onto the now smoldering fires of the never-ending culture war.

Yes: Straw, “Weird Superman.” Crowning achievement of late-’90s Britpop, lost but not forgotten. In the comments, you’ll see Straw’s lead singer is now an English teacher at a community college. Warhol convinced us his infamous 15 minutes would be followed by oblivion; increasingly, it’s just followed by real life. This is not a bad thing.

No: LCD Soundsystem, “I Can Change.” Music that I don’t like liking; references I enjoy, made awful by being worn like flair at Chotchkie’s or hipster buttons on a skinny blazer. But I love this:

I was listening to an interview with Niall Ferguson last night. Although Ferguson is hardly a conservative, he surprised me by saying that Paul Ryan was one of the few congressmen talking “seriously” about the US fiscal mess, and that Ryan’s Roadmap offered a chance to get us out of the mess.

I’m a big fan of Ryan and the Roadmap. Why isn’t the GOP more forcefully rallying around the Roadmap? It’s the one-stop answer to all those who say the GOP is just the “party of no.” Couldn’t the Roadmap be our “Contract with America” for 2010?

I see that fellow Ricochet-er Rob Long is passing along a report that General McChrystal “resigns.” Well maybe, but maybe not. A report from a British newspaper–even one as good as The Telegraph — is not the final word. Most obviously, just because McChrystal has or will tender his resignation, that doesn’t mean that President Obama has to accept it. We will know for sure tomorrow. But as a straw in the wind, tonight on NBC News, White House reporter Chuck Todd seemed to go out of his way to emphasize that there’s still a “path” for McChrystal to keep his job–presumably the Path of Maximum Groveling.

As I wrote this morning for Fox News’ “Fox Forum,”  I don’t think that McChrystal will end up leaving. Many have called this a “MacArthur Moment,” as in Harry Truman vs. Douglas MacArthur, and Peter Robinson calls it a “Lincoln Test,” as in, Lincoln vs. George McClellan, but I don’t think that Obama is either Truman nor Lincoln. Instead, the practicalities of trying to fight a war with chaotic leadership will persuade Obama, I think, to keep McChrystal. 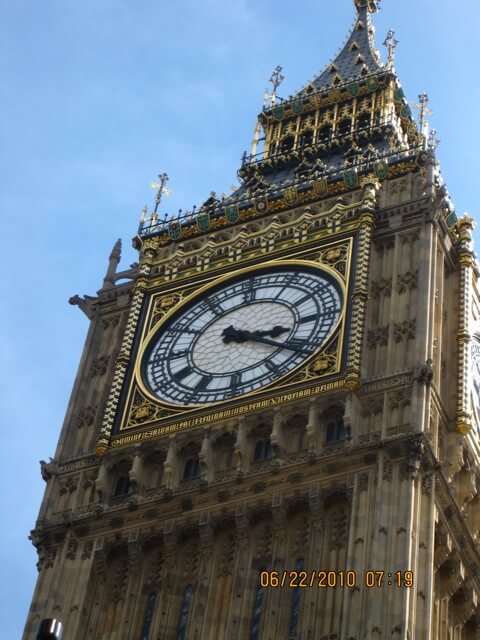 At least that’s The Australian’s take on the legislation John Conyers is hustling through the House of Representatives: He said: “The Bill says in essence that if BP files for bankruptcy in the UK then the US courts will not co-operate. What they are doing is amending Chapter 15 of the US bankruptcy code. It […]

Democrats in the House have announced that they’re just not into doing a budget this year. Bear in mind that making a budget is pretty much the most important thing that the House does.

Why the trouble? Because a budget mean making choices. It means figuring out how to pay for everything they’ve bought over the past year and a half. The choices are simple, and impossible: cut stuff, or raise taxes.

Abraham Lincoln put up with a lot from general-in-chief of the Union Army George B. McClellan. McClellan derided Lincoln in front of his staff and made no effort to hide his contempt for the president at social gatherings. Even in his face-to-face meetings with Lincoln, McClellan proved high-handed. Lincoln kept him on all the same–as long as McClellan proved effective in his job. Drilling and equipping the army, creating the huge logistical machine needed to feed, clothe and house the army–at all this McClellan shone. Then came the time to fight. After McClellan’s Peninsula Campaign of 1862 ended in failure–McClellan lost the opportunity to capture Richmond and then, at Antietam, permitted Lee, commanding a smaller force, to maneuver the battle to a draw, preserving the Confederate army–only then did Lincoln remove McClellan. (“If Gen. McClellan does not want to use the army,” Lincoln famously remarked, “I would like to borrow it for a time.”)

Maybe the test Lincoln applied to McClellan applies to McChrystal as well. Has McChrystal mouthed off? He has indeed. But has he proven effective in Afghanistan? Has he done his job? Still more to the point, does the president–does anyone?–have any reason to suppose a different commander could do the job better?

It ends the way it had to.

From the Los Angeles Times today: