And 57% of voters would prefer to elect a new person to Congress than re-elect their local representatives, the highest share in 18 years….

Pollster Neil Newhouse said the [Wal-Mart] moms identified themselves mostly as middle class (38 percent) and lower middle class (55 percent). They are slightly less white and more African-American and Hispanic than the country at large. And they are more moderate (46 percent) than conservative (34 percent), approve of Obama’s job performance (53 percent), and favor more government action to help people (60 percent).

While we here at home find ourselves fixated on the folly of Gen. McChrystal, an officer making his way from Washington, D.C. to Kabul–who got in touch from the steppes of Central Asia–sends this note:

I’m old [the officer is in his forties] compared to the young and vigorous Americans I see from all the Services. They are motivated and NEVER complain. We owe them a great deal. As Sebastian Junger says in his most excellent new book, War, “No community can protect itself unless a certain portion of its youth decide they are willing to risk their lives in its defense.” 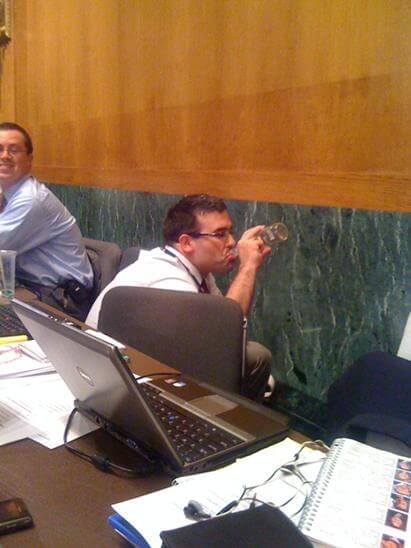 Things are looking grim for Reid and company. Here’s the view from the left.

That’s the provocative contention of the great David Rieff, now posting at The New Republic’s new foreign policy blog Entanglements. By way of a “hyper-realist” thought experiment, Rieff succeeds at a minimum in convincing this reader that, going forward, we’ll pay more and more dearly for devoting resources to the mideast at the expense of a well-conceived and well-executed Latin America policy. Here’s hoping — and claiming — that we can do both. Hat tip Tunku Varadarajan.

Just ran an op-ed today in the Wall Street Journal trying to plumb the more important meaning behind the firing of General McChrystal (I can’t let Robinson hog all the space in the nation’s papers). One issue is that civilian-military relations have been very poor, perhaps even in a crisis (though the media overuse that word these days), since the end of the Cold War. This began with Colin Powell’s time as chairman of the Joint Chiefs and Bill Clinton’s hostile relationship with the military. McChrystal’s alleged misdeeds are nothing compared to Powell’s publishing a New York Times op-ed opposing intervention in Bosnia while the administration was considering it or the open resistance to gays in the military. Clinton’s troubles continued throughout his administration, but I really lay the blame for the poor state of things at the feet of the congressional Democrats, who encouraged the revolt of the generals and other military resistance to the Bush administration’s strategies in Iraq and the war on terrorism. It was predictable that a similar, maybe even worse outbreak, would occur once a Democrat again was President.

There are other important issues worth exploring, such as whether this really compares with MacArthur or McClellan, what this means for the Afghanistan war, how independent we want the military to be in its judgments, whether the military should want generals with political saavy, and so on. It seems to me that Petraeus may be an excellent political general, but do we really want our warfighters to worry about these qualities at the expense of the sheer expertise at killing the enemy brought to the table by a McChrystal?

I’ve got no brief for Al Gore and I’m sure you don’t either, Ricochet readers, but this one just doesn’t have the ring of truth–and very much has the ring of “mentally unstable gold-digger.” There are more than enough legitimate reasons to laugh at the man without invoking a Portland masseuse and “unwanted sexual contact” (a phrase that when applied to Al Gore is surely redundant). Ricochet men, you may want to consider how easily this could happen to you–if you have money and a reputation you’d like to protect–before you laugh.

That said, it’s highly unlikely to happen to me, and it’s funny as hell, so I’m really going to enjoy this one. If you’re on Twitter, check #Algoresexrequests on trending topics. Goodness, that’s funny! You’ll want to follow @Gormogons, in particular. Oh, and while you stop by to check that out, make sure to tell all your followers to follow @Ricochet. It’s really important that you do that, because that way we’ll have more followers.*

Since when does appearing as a guest star on a television drama pass as an act of charity?

I give Bristol a slide. After all, she’s only 19 years old. Unfortunately, her acting is so wooden I suspect that the show’s producers were happy to see her embarrass herself and her mother (but enough with the conspiracy theories).

When Americans win a game, in a contest of nations, in which the whole point is to cheer your country on, this, for the Left, is a problem:

It reminded why these kinds of international competitions can leave me with such a sour taste. Why can’t we just recognize that Algeria played gallantly against a better US team, which won by the skin of its teeth? Why must an insanely miraculous athletic victory also be a reinforcer of cultural supremacy? It’s yet another reminder why it is so important for progressives to not just thrill to the joys of sport but be conversant in the politics of sports. The right will forever try to pump the worst kind of racist, nationalist garbage through our play, even at moments that by all rights should be above and beyond politics

A more moderate approach would help with Millennials […]. The party also needs to make a breakthrough with Hispanics, and that won’t happen unless it shifts its image toward social tolerance, especially on immigration.

The chairman of the Business Roundtable, an association of top corporate executives that has been President Obama‘s closest ally in the business community, accused the president and Democratic lawmakers Tuesday of creating an “increasingly hostile environment for investment and job creation.” 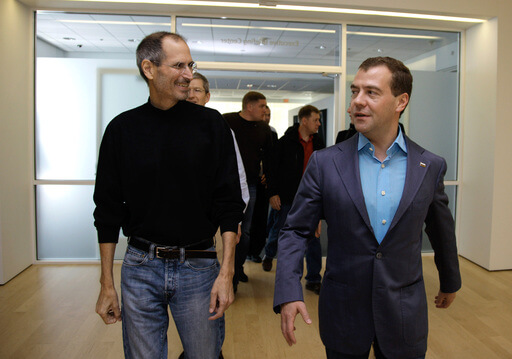 My submission: “Thanks for the job offer, Steve, but I already work for a psychopath.”

KMW: If anything, jobs are likely to be gained when an industry moves to China, where more aspects of the manufacturing and assembly process are done by hand. They just won’t be created here. If that’s your focus, you have to make the case that American jobs are intrinsically better or more valuable than Chinese jobs. Talking about American jobs lost to trade is like giving casualty stats for a war and only counting dead U.S. soldiers. It’s inaccurate, and it reveals a skewed, provincial view of the world.

Because I’ve pondered the issue before, Conor, your interesting post on Shelby Steele’s latest made my eyes flash. One line of Steele’s jumped out at you — “we are pained to give Western Civilization primacy in our educational curricula lest we seem supremacist.” You think there’s more to the story. I agree — in a way that challenges your thesis.

Here’s some of what you write:

My apologies for the radio silence, as I’ve taken a few days off and now find that I’m eager to get back on the road so I can dispense with these chores and get some rest. Keeping up with the General McChrystal situation as best I can, I have to wonder why in the world McChrystal allowed himself to get in this stew in the first place.

With rare exception, dumb people don’t become generals and someone with McChrystal’s background is certainly not dumb.  Keep in mind that he had already been called on the carpet for publicly pressuring the Obama administration to stop the Hamlet routine and approve his troop level request.  Additionally, it appears that the general was rather under-whelmed with the President and members of his national security team.  Add to that the apparent fixed withdrawal schedule, and it may be that McChrystal found himself in an untenable position.

In January 2007, when President George W. Bush named Gen. David Petraeus commander of the multi-national forces in Iraq, the war had been going badly for almost four years. Support for the war in Congress had all but collapsed. The Pentagon, unable to win the war, seemed frozen, advising the President merely to pursue the same strategy that was already failing. A small group of officers and civilians—retired Gen. Jack Keane, Frederick Kagan, Vice President Cheney—had urged the President instead to attempt a new strategy, a surge, based largely on the work Gen. Petraeus had published in Field Manual 3-24, Counterinsurgency.

Gen. Petraeus—it all came down to Gen. Petraeus. If he failed, the war in Iraq would be lost—and the prestige and strategic standing of the most powerful nation on earth would be damaged irreparably. From January 2007, when he took command in Iraq, until September 2008, when, having turned around the entire conflict, producing a genuine victory, he stepped down, Gen. David Petraeus was the most important man in the world.