Turks have started using the #notayyip hashtag on Twitter to spread the word that they are unhappy with Prime Minister Recep Tayyip Erdogan.

It’s all falling apart, at CNN. Larry King is leaving, Elliot Spitzer is coming in, ratings are down. Broadcast news is having its own slow meltdown, too. It lost one million viewers last year. And another million are probably out the door this year, too.

Then comes this news, from Goldman Sachs: 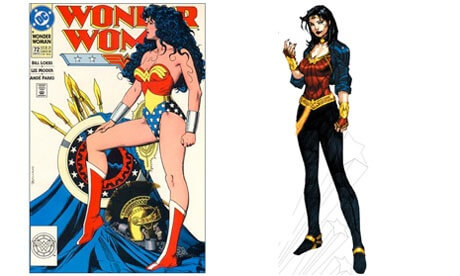 Or so it seems:

Leggings? A rumpled, too-small jean jacket? Fingerless gloves? I think those are black Chuck Taylors on her feet. And that hair! I’m reasonably certain that golden strap on her hip leads back to a cleverly concealed leopard-print man purse stuffed with old beanie babies and her one magical device (an iPad). This Wonder Woman has all the wonder of discovering that you can actually spell CHALUPA during a 3-am game of Scrabble at the Brite Spot diner in Echo Park.(Photo: DC Comics)

Over at The Atlantic, Megan McArdle asks, “Should we encourage all-black schools?”

For decades, proponents of all-girl’s education have argued that boy-free learning zones afford girls the opportunity to be who they, unencumbered by the pressures of orienting themselves in relation to their male counterparts.

Just wrapping up an extended trip to Hawaii, 5,000 miles and six time zones from Washington politics. That explains the rainbows. A White House advance team wanted to have a look at my suite to see the layout for a potential visit from an unnamed VIP. As a gag, I had planned to scatter some materials around (a signed photo of “W” or a bogus birth certificate), but I figured it wasn’t smart to invite a tax audit. I’ve stayed away from the news as much as possible during my vacation, but I’m anxious to get back to find out when and how they finally stopped that oil spill, and to learn how big the economic rebound has been.

Chet Nagle, at the Daily Caller, has been doing his homework on what the administration and Congress have planned for our nation’s defense.  At a time when North Korea is stepping up its belligerence, terrorists keep trying to ignite everything from vehicles to their underwear within our borders, and our own CIA Director says that Iran is perhaps a couple of years away from developing nuclear weapons, the US will reduce its defense budget by over $1 trillion.

Yes, you read that right.  Among the cuts anticipated is a 30% reduction in Marine Corps manpower, from 202,000 Marines down to 145,000.  This will result in a situation, according to Nagle, in which the US, “…will not be able to mount a major amphibious landing on any hostile shore.”

A year ago, a journalist friend of mine here in Istanbul, Iason Athanasiadis, was detained on espionage charges during Iran’s post-election unrest. He’s written a fascinating account of his weeks in solitary confinement in Evin Prison. His friends here were all extremely worried about him, as you can imagine.

Some of us, however, were a bit taken aback by the willingness of our colleagues to say, “He knew the risks going in, so there’s a limit to our sympathy.” My favorite Istanbul blogger thus helpfully provided a personal guide to risk assessment based on the question, “If something happens to me, are my friends going to mock me and say I deserved it?”

Adam Freedman, I take it back. You argued, unpersuasively to me at the time, that Republicans should filibuster the Kagan nomination.

At the time, as you’ll recall, I argued otherwise.

Christie’s budget rejected major tax increases and cut 2.2 percent of state spending — or 8.6 percent including federal funds — from former Gov. Jon Corzine’s final budget. It marked a big milestone for the rookie governor, who campaigned on a platform of cutting spending and shrinking state government after a decade of Democratic control. 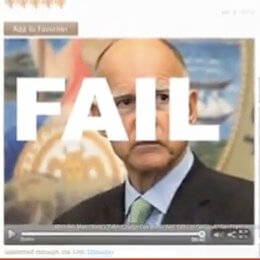 I don’t think the this claim is going anywhere, but it’s not the worst one I’ve seen. Meg Whitman’s campaign has done a nano-second long parody of the sarcastic Fail Blog site and essentially the blog is sore that the Whitman campaign was clever enough to think of it, so they’re making infringement claims. The argument is that it suggests that Fail Blog hates Jerry Brown, just like Meg does. If it was against Whitman, executed by Jerry Brown, my guess is they’d be flattered. It’s a great, great parody. It doesn’t get hipper than this. Meg wins, she thought of it first, but watch them try to make her into a loser over it.

Is it just me, or are you noticing that it’s only Republicans that get slammed for this kind of stuff? John McCain, Joe Walsh vs. Joe Walsh, Chuck Devore, and now this? Can you site even one example on the other side?

You can’t blame Elena Kagan for living up to her own billing. In a 1995 law journal article, she criticized Supreme Court confirmation hearings as a “vapid and hollow charade” because nominees would not respond to specific questions about their views on constitutional law. A few years later, she described the one exception – the 1987 Bork hearings – as “the best thing that happened, ever happened, to constitutional democracy.”

Day 2 of the Kagan hearings are shaping up as more charade than the best thing to happen to constitutional democracy. Like nominees before her, she is generally staying away from answering questions that attempt to get at her views on current constitutional democracies. The farthest she has gone, I think, is saying that she believed the Obama administration had “very strong arguments” in favor of the limits on corporate speech during elections. But even then, she refused Senator Specter’s invitation to characterize the Supreme Court’s decision, which rejected the administration’s decision. Otherwise, she has successfully evaded attempts by Senators to divine a great deal about her philosophy for interpreting the Constitution on specific legal questions.

The failure of the Obama stimulus plan has sparked some great new economic thinking. As the pseudo-Keynesians continue their call for ever-larger stimulus, a smaller cohort of writers is suggesting counterproposals. Be sure to read:

The Logo was reminded of its days reading Gulliver’s Travels in grade school when it stumbled upon Christopher Hitchens’ analysis of the current crisis in Kyrgyzstan between the Kyrgyz majority and the Uzbek minority.  According to Hitchens, most ethno-national conflicts are a result of a Lilliputian dispute.  Hitchens: In numerous cases of apparently ethno-nationalist conflict, the […]

I was reflecting yesterday on this comment thread, and it suddenly struck me how peculiar it is that this objective–which should have been the war aim above all war aims–is now hardly even discussed. Why isn’t anyone angry about this monumental failure?

The Alaska Distillery in Wasilla just recently launched its Smoked Salmon Flavored Vodka, about a year after the Seattle-based Black Rock Spirits introduced a bacon-flavored vodka. […] “I think there was some madness and some drunkenness involved, honestly,” said Toby Foster, an Alaska Distillery partner and the one charged with coming up with new flavors with Alaska themes. […] “I was trying to think of something Alaskan. What’s more Alaskan than smoked salmon? It was one of those epiphanies, I suppose,” he said.

Noah Millman, reacting to Ross Douthat’s call for a long slog in Afghanistan:

The key questions are: what does Pakistan (or the Pakistani army) really want; is it well-aligned with what we want; can they deliver; and can we live with giving them whatever it is they want that doesn’t dovetail with what we want.

For a day, a weekend, a week, up to even a month or two, Chinese companies are willing to pay high prices for fair-faced foreigners to join them as fake employees or business partners.

In 2000, the Supreme Court struck down Nebraska’s ban on partial-birth abortion, citing the findings of a “select panel” of the American College of Obstetricians and Gynecologists (ACOG), which declared that partial-birth-abortion “may be the best or most appropriate procedure in a particular circumstance to save the life or preserve the health of a woman.”

Writing in National Review today, Shannen Coffin describes recently released memos from the Clinton White House that reveal Elena Kagan as the author of that same ACOG statement — one that had such a huge impact on abortion law.

From an article in today’s New York Times headlined “In Ireland, a Picture of the High Cost of Austerity“:

[Ireland’s] downturn has certainly been sharper than if the government had spent more to keep people working. Lacking stimulus money, the Irish economy shrank 7.1 percent last year and remains in recession. 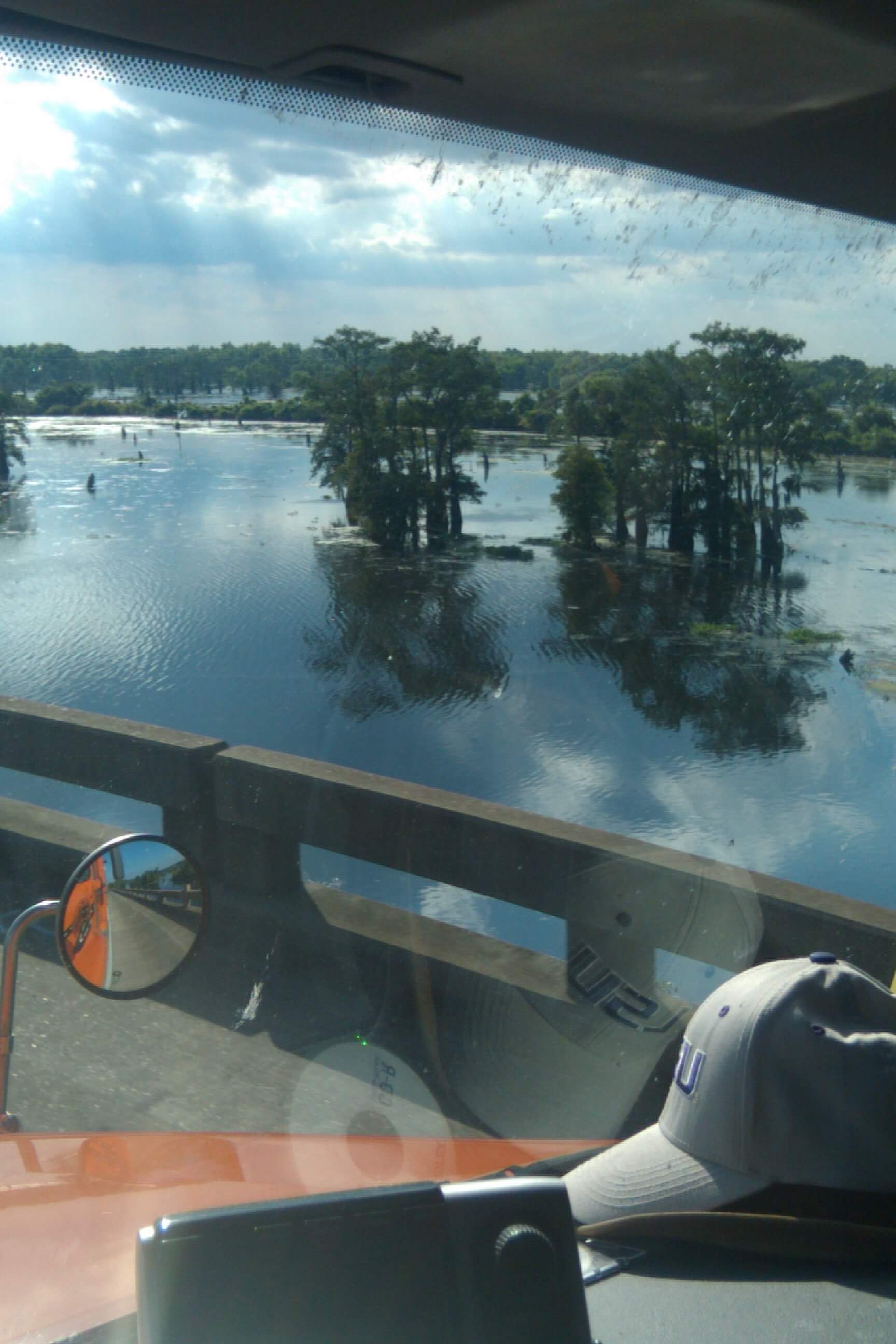 Every few months, the stars in the trucking universe align correctly, and I get to travel to the place of my birth down in south Louisiana.  Driving across the Atchafalaya River Basin, I tuned in to a local Cajun music station and soaked in the scenery.  Ours is truly a beautiful country from the pristine beauty of the Blue Ridge Mountains, the calm landscapes in Maine, the majesty of the Grand Canyon, to the untamed wonders of Yellowstone.   But for me, there is nothing quite so soothing as the bayou.  Standing at the feet of ancient oak trees and gazing up at the magnificent spanish moss-draped limbs, I feel as though I am in nature’s very own cathedral.

In a giddy mood, I made my way to my favorite truck stop in Rayne, LA.  It’s called Frog City, and it sits at exit 87 on Interstate 10.  You will not find better food, nor friendlier people at any truck stop anywhere else.  For those of us who live on the road and who constantly deal with truck stops where the food is under-cooked and over-priced, served by a staff who acts as if we’ve inconvenienced them by purchasing the stuff, Frog City is a welcomed change of pace.

In Response to a Progressive Colleague, I wrote…
GrannyDude · 15 Likes

A Lament for Robb Elementary School
The Ricochet Audio Network