On so many levels, this quotation calls out for recognition—and a guffaw– if you’ve been married more than one week. When we first marry, we are basking in the glow of love, dreams, possibilities, and the future. And then reality hits, and we realize that marriage isn’t as glamorous as we expected.

For those of us who have been married for a while, it’s easy to talk about the trials of marriage, the ups and downs: periods of financial stress, personal losses, uncertainty, and unexpected changes. We tend to focus on those challenges we overcame, because we know of many people who don’t find their way through them, and finally give up the demands of those times.

But I think it’s also worthwhile to reflect on the joys, silly and humorous times in our marriages, because those are the periods when we are strengthened to get through the anxious and uncertain times. So, I’ve decided to share some of those times with all of you, and I’d love to hear your stories, too.

There are many more stories to remember, particularly on this particular day. 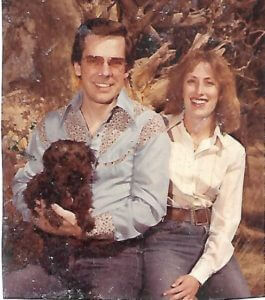 I’ll end with this quotation by William O. Douglas—

Marriage is a coming together for better or for worse, hopefully enduring, and intimate to the degree of being sacred.