The Rapid Response Team of the Portland Police Bureau has endured over 150 nights of rioting. Not protests, riots. Riots that have not only destroyed the city’s reputation but have physically destroyed different neighborhoods in the city. Almost every member of the team has sustained injuries. Channel 2 News released a 14-point memo sent to the PPB Chief:

At the top of the list, Clark said nearly every team member had been injured during the protests last year.

He said members felt that bureau directives were being interpreted retroactively, leading to members being disciplined for policy changes that had not been in place when the officer acted during a protest.

“We reached out to other attorneys to see if their clients would be interested in pursuing any criminal cases,” Schmidt told The Oregonian/OregonLive. Schmidt said Budworth’s indictment may encourage others to come forward with information on alleged police excessive force.

“I hope it gives people in Multnomah County confidence that the system works,” the district attorney said. “That nobody is above the law.”

Over 1,000 rioters have been arrested in Portland. The District Attorney hasn’t spent much time investigating and charging rioters. 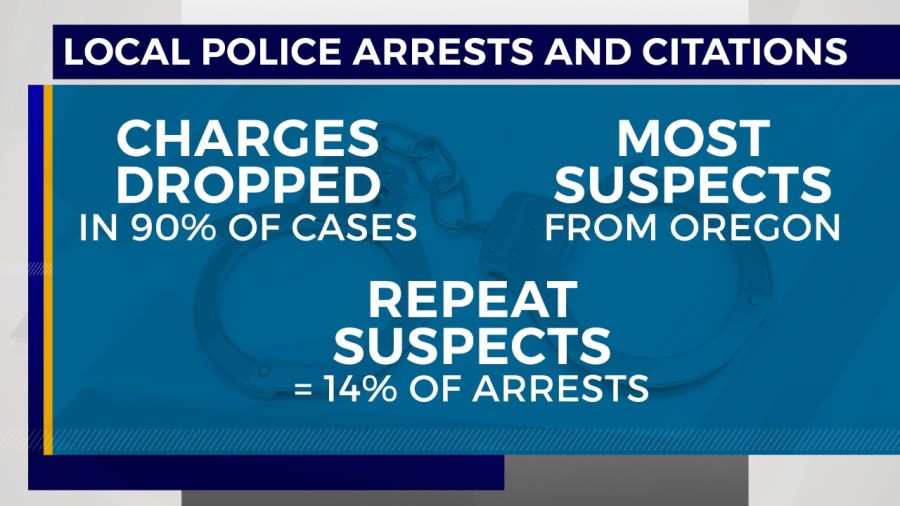 The Feds are starting to pile on as well. I find it rather ironic that US Attorneys watched night after night of their courthouse being vandalized, and watched as federal officers attacked by rioters are now going after the PPB.

I do have one question for the Feds: When will we be able to see the Ashli Babbitt shooting investigation? A fair question in light of the fact that in 150 nights of rioting, not one rioter was shot by a Portland officer.