As previously discussed, Senate Democrats, with their slim tie-breaking vote majority, have been trying to find a way to pass an aggressive agenda. It includes not just an expansive $2 trillion American Jobs Plan “infrastructure” spending package – very broadly defined – but a massive tax increase to pay for much of it.

The Senate’s 1974 budget rules provide the only way a majority party can pass legislation by a simple majority (51 votes, if everyone shows up, including the Vice President). But it has fit within the context of a federal budget – spending and taxes – with further “Byrd rule” prohibitions against “extraneous” items, increasing the deficit beyond a certain point and touching Social Security.

Senate Majority Leader Chuck Schumer’s spokesman issued a statement in early April basically declaring that the Senate’s Parliamentarian, Elizabeth McDonough, had greenlighted multiple “reconciliation” bills. He cited an obscure provision of the budget act (Section 304). That’s because Schumer wanted to separate the “infrastructure” bill from the tax increases, handling them separately, and requiring only a simple majority to pass. Of course, very few beyond Schumer’s empire actually saw what the Parliamentarian said, and were thus skeptical of his pronouncement. As I previously noted, it appeared that Schumer could even use multiple reconciliation bills to enact federal marijuana legalization (as a revenue-raising measure, of course).

On the Friday before the Memorial Day weekend, however, the Parliamentarian, reportedly issued a four-page Senate staff memo leaked to a handful of Senate news reporters (I have not seen it). Based on credible reporting from Capitol Hill publications TheHill.com and RollCall.com, it looks Schumer got a bit over his skis. From Roll Call:

The new guidance, issued to Senate staff on Friday, suggests that Democrats will get just one more try this year to pass a filibuster-proof legislative package to enact additional priorities ranging from infrastructure to immigration policy proposed by President Joe Biden and party leaders on Capitol Hill. If they want to use reconciliation yet again, they’d need to adopt a fiscal 2023 budget resolution next year, but would likely get only one shot then as well.

Senate Parliamentarian Elizabeth MacDonough’s four-page opinion makes clear her view that the framers of the 1974 law establishing the modern budget process didn’t intend for lawmakers to be able to use the budget reconciliation process as many times as they could jam into a given year. 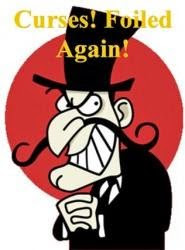 This is clearly a victory for Senate Republicans and institutionalists who feared that abusive majorities had found a way to pass unlimited tax and spend “reconciliation” bills without minority support. Further, it appears the Parliamentarian even requires budget “revisions” to pass additional reconciliation “instructions” would require a majority vote of the Senate’s Budget Committee, which is currently split 11-11. They would need at least one Republican vote to report such legislation to the Senate floor. Such legislation simply can’t be “discharged” from the Committee.

From McDonough’s memo, as quoted by MSN.com:

“The drafters and early users of [budget revisions] uniformly believed that it was to be used in extraordinary circumstances and not for things that should have been or could have been foreseen and handled in a [budget] resolution,” MacDonough writes. “The potential for abuse was clear in 1974 and is all the more obvious now.”

“Abuse of [budget revisions]—overuse and over-reliance on a hyper-fast track procedure in the ordinarily deliberative Senate—will change the culture of the institution to the detriment of the committee and amendment processes and the rights of all Senators,” she continues. “Limits on the breadth and frequency of deployment of [budget revisions], however, will depend on adherence to the original purpose of the section and the good judgment and restraint of all involved.”

What McDonough is referring to here of course is the one time, in 1977, that the Senate Budget Committee reported a “revised” budget resolution with new reconciliation instructions. From Roll Call:

Muskie wrote that revised budgets should be “the exception and not the rule,” and that the purpose should be “to meet changed conditions, not to take account of matters which might have been considered in connection with the Budget Resolution most recently adopted by the Congress.”

Bellmon wrote that the law is “flexible enough to permit adjustment when economic or emergency conditions warrant but the process should not be viewed as being so flexible as to allow for changes whenever an economic statistic moves in an adverse direction.” He and his GOP colleagues also wrote that their view was the 1977 measure was intended to be “a unique budgetary event” that won’t need to be repeated in the future.

Bottom line: the budget process likely cannot be used or abused for partisan purposes, at least more than traditionally has been done. The Senate’s essential character – a measure of bipartisanship through a thoughtful and thorough legislative vetting – remains the order of the day, no matter how frayed the thread by which it hangs.