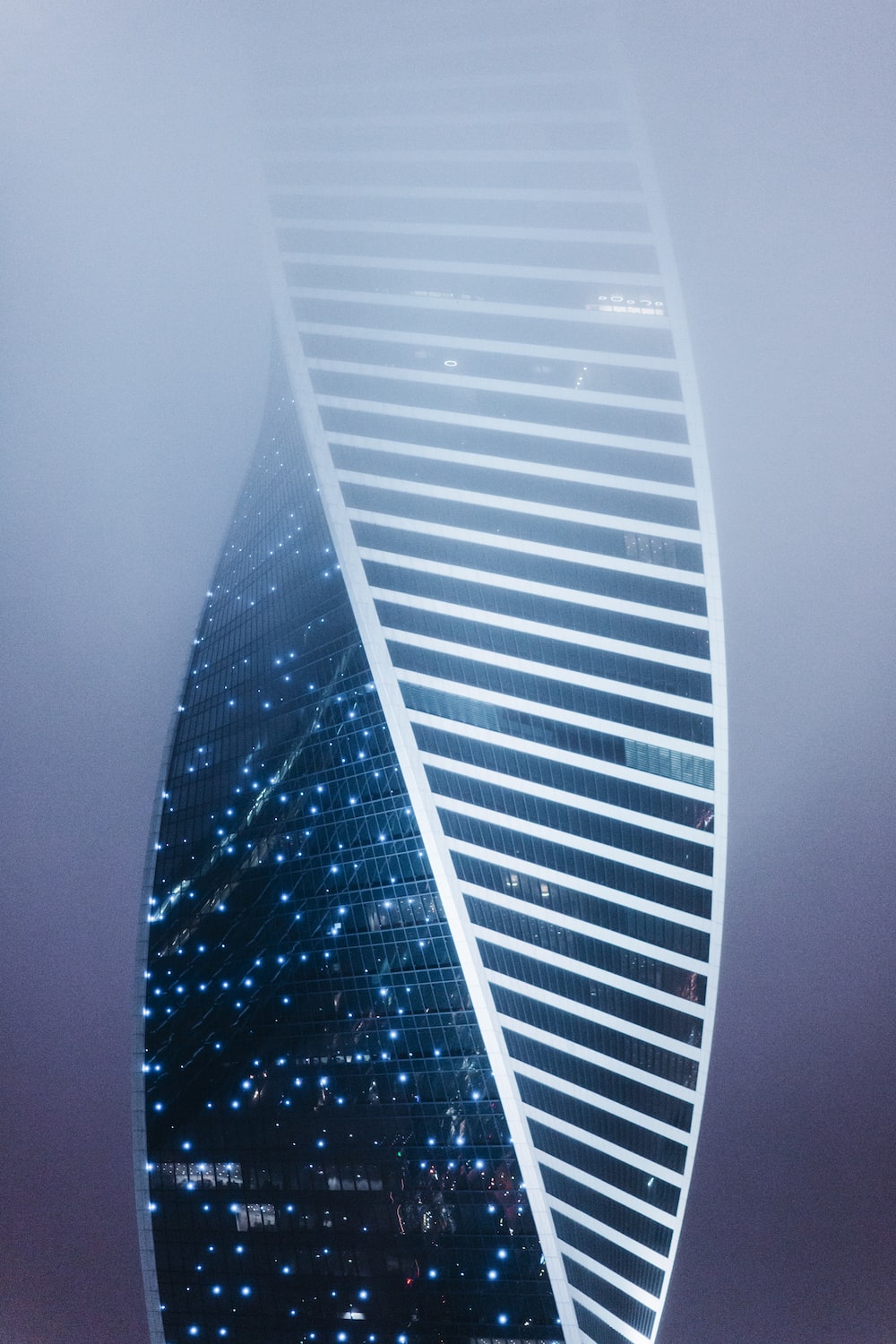 What would you think if you heard about a new fortune-telling device that is touted to predict psychological traits like depression, schizophrenia, and school achievement? What’s more, it can tell your fortune from the moment of your birth, it is completely reliable and unbiased – and it costs only £100.

This might sound like yet another pop-psychology claim about gimmicks that will change your life, but this one is in fact based on the best science of our times. The fortune-teller is DNA. The ability to use DNA to understand who we are, and predict who we will become, has emerged only in the last three years, thanks to the rise of personal genomics. We will see how the DNA revolution has made DNA personal by giving us the power to predict our psychological strengths and weaknesses from birth. This is a game-changer that has far-reaching implications for psychology, for society, and for each and every one of us.

The next eight hours and twenty-three minutes of the book makes the case for the importance of genetic testing and how genes determine most of what we are. The book is entirely apolitical with the exception of some minor references to how students are more important than schools in determining test scores. Those familiar with Charles Murray’s most recent work Human Diversity, or who have experience with breeding dogs, will not find Robert Plomin’s short book surprising in its emphasis of nature rather than nurture.

Plomin goes over the twin studies which dominate the nature vs. nurture debate. Some of the earlier studies were based on monozygotic twins who were given up for adoption were put in different homes. Monozygotic twins are also known as identical twins and they are basically clones of each other whereas dizygotic twins are genetically as different as normal siblings.

This is a very big oversimplification of hundreds of studies over decades. I am also entirely confident that many of these studies got some things wrong. Humans always err, after all. However, there seems to be enough of these studies to suggest that the basic findings with regard to the primacy of genetics are right.

Some caveats are in order: There are a lot of things that we don’t know and there might be other factors besides genetics or nurture that we just don’t know about. For example, getting rid of the lead in gasoline increased the I.Q. of the average population, but increased the I.Q.s of black Americans and poor Americans more dramatically because they were more often than not the ones living with lots of pollution. Some of that may be happening. We also may not be very good at measuring the abuse and neglect of children, which does lower I.Q.s and hurts the outcomes of children even after they become adults.

We must also remember that our knowledge and technological skill with regard to genetic engineering is still in its early stages. We have learned that rather than there being a couple of genes that make you smart or dumb or aggressive or passive, there are hundreds if not thousands and they all react with each other in incredibly complex ways. It might be that for some traits, only a couple of dozen of genes are important. That would be a trait that could be easier to understand. At the moment, we just don’t know how complex this or that trait is. We won’t be able to remake humanity in a different image anytime soon, but our technology is progressing with remarkable speed. Inevitably, we will advance our knowledge and our ability to modify our nature.

We will soon be compiling people’s genetic information into polygenic scores. Polygenic scores are a collection of genes that relate to a certain trait. The polygenic scores that currently assist are quite primitive of course. But polygenic scores will still be used in everything from drug trials to psychological experiments very soon. We will start getting more and more data about polygenic scores very quickly. Again this is a new technology but it is developing at a speed similar to Moor’s law.

As with every book, I really wish Audible would let you download both the audiobook and the Kindle version for a reduced price. Quotations are easier to search for in a .pdf, and studies are meant to be read rather than listened to. I regret losing the rigor, but I can’t justify shucking out an extra eleven bucks to agonize over the minutiae of studies. Two or three extra bucks would definitely be worthwhile but not a whole extra book.

Even with all of my caveats, Robert Plomin’s view about the incredible predictive power of genetics will probably turn out correct. Whether or not your read Plomin’s book, the ideas he talks about will define how we look at human nature and all that pertains to human nature in the next few decades. I would recommend keeping abreast of these arguments since the entire conversation might change very quickly.

There is another book I have read recently which seems to conflict with the ideas in this book. Thomas Sowell seems to argue quite convincingly that charter schools indicate there is a lot of untapped potential in inner-city America whereas Plomin seems to suggest that the quality of schools has very little to do with the academic success of children. Smart children do well and not-so-smart children do not so well, and that explains the vast majority of academic differences according to both the Plomin and Murray types. I would really like to hear a serious debate between Charles Murray and Thomas Sowell on how effective charter schools are.   I must admit that I haven’t been able to square this circle.

I understand the reluctance to believe in a more nature-centered and nature limited view of humanity. In American, we are told that we can be anyone we want to be and that anyone can grow up to be President. In Samurai and Kung-fu movies, blind or one-armed swordsman are a trope. Through insane training, the disabled martial artist gains either preternatural senses or such superb skill he can defeat multiple whole-bodied opponents. Such movies appeal to our desire to root for the little guy and to believe that hard work can overcome adversity. In reality, we are deeply limited by our genes. No one wants it to be true but it is.

To my surprise and concern, different social classes will likely have very different polygenic scores. It is not unreasonable to believe that the working class and the underclass, seem to have drawn the short stick genetically. I remember being quite unconvinced about this when I first read this in Charles Murray’s book. However, as I read Plomin’s book and as I have familiarized myself with Jordan Peterson’s work, it seems more and more that Mr. Murray wasn’t exaggerating. There was this passage where Murray quoted an English Lord who once observed that people who are good lawyers Doctors and Statesmen tend to have children who are good at those things. Even oarsmen and tradesmen have children who are talented at their crafts. That sounded a little too much like a justification of feudalism to me.

However, the more meritocracy we have, the more that the genetically talented will rise and the genetically untalented will fall. There are people like Prince Harry who attain status and wealth while being underwhelming but they don’t disprove the rule. While Britain was and is more class-divided than I would like, there have been centuries of capitalist and protocapitalist governance where families rose and fall in no small part based on merit. The solution to an oppressive feudal system was more meritocracy but meritocracy doesn’t end class or class strife. Even welcome improvements towards the lives of the poor and disadvantaged won’t change this fundamental dynamic of genetic sorting.

Science changes history and philosophy in a way that other things simply don’t. To paraphrase another interview with Jordan Peterson about the scientific method: “You have the ability to find out if you are actually wrong. Unlike philosophy, if you know that you are wrong, you can perhaps do something a bit better… You can make some permanent advancement to human knowledge.” Centuries of arguing about Aristotle vs. Plato just doesn’t have the same effect on both societies and individual human minds

I do not speak of science as scientism. The idea that experts can rule our lives and that the right policies are easily discernible to a technocratic elite is our modern scientism or central-planning scientism. That idea leads to Fauci types becoming unelected health tyrants. I speak of science as the unfolding knowledge of the world revealed (albeit imperfectly) through the scientific method. The incoming knowledge of genetics may not be what we want it to be but it is our sacred duty as entities capable of reason to understand the world and our own selves. After all, what is the point of consciousness if not to understand?