He doesn’t know we’re fighting.  He probably won’t, because he doesn’t frequent any websites that aren’t hard left these days.

But… a friend of mine moved to a rural area that happens to be 75% Democrat (just how he likes it) and is surprised that they aren’t California-lite.  In fact, some of the locals even (gasp!) open carry.  He details a story about shopping in Walmart with a man just open carrying.  He proceeds to go on a short little tirade about how that must be a sign of the man’s fear of impotence or size issues that he feels that he must be threatening at all times, etc, etc.

I point out that in a rural area (population <1,200 people), it’s not exactly unheard of for the people to carry openly.  It might not be an inadequacy 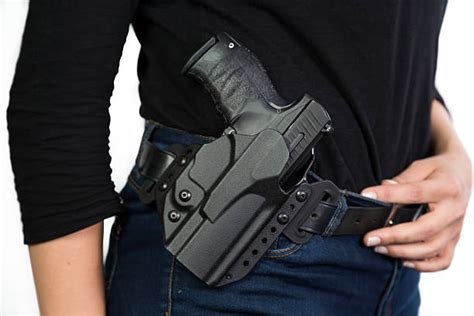 issue.  Also, that he was being a bit of a jerk for presuming things when he has lived there for the full amount of one week.

His like-minded and vehemently liberal friends continue the attack with gems such as, “If he really needed a gun, he could concealed carry instead of showing it off!” and “no one needs a gun out there!”, etc, etc.

All of these points are dumb (and these are smart people; they know their points are dumb, but they also know they outnumber me by about 1,000 to 1) and support the “Don’t California My (Insert State Here)” argument.  More importantly, the dumbest points are:

And then, absolute favorite: “No one needs a gun except law enforcement.”

Ah yes.  Law enforcement.  You mean the ones you’re busy protesting about?  About how they shoot (black) people indiscriminately and murder everyone with those guns that they (apparently) need?  But no one else does?

Yeah.  So I’m picking a fight.  Even more importantly, if anyone would like to DM me, the small town also has an opening for two entry-level police officers.  I would be more than happy to direct you to the website.