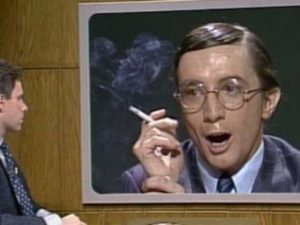 Anthony Fauci, an epidemiologist who plays a doctor on TV, is working overtime to ensure that the elite consensus continues to hold that the Covid 19 lab-leak hypothesis is conspiracy theory garbage.

The official investigation tasked with getting to the bottom of it all was, after all, was a joint venture between two epidemiological Dream Teams: the World Health Organization and China. (What’s next, putting James Comey and Adam Schiff in charge of FBI oversight?) No surprise, then, that when little evidence emerged for the preferred zoonotic origin of Covid 19, the team nevertheless felt compelled to state that its likelihood was “likely to very likely” while deeming a laboratory scenario “extremely unlikely.” In other words, “Based on our modeling…”

To listen to Fauci is to get the impression that as more and more Americans get vaccinated, the vaunted herd immunity recedes further and further away. One day Fauci, consulting The Science™ (which is increasingly a kind-of Authoritarian Oracle at Delphi) estimates herd immunity to be achieved when 60% to 70% of the population is inoculated, either through vaccines or the old-fashioned way. He then raises it to 70% to 75%, then 80% and 85%. One is reminded of the old joke about soccer being America’s sport-of-the-future since 1970.

But after his year in the sun in which no interview was beneath him, the nation is finally beginning to move on. Much to the chagrin of elites and Blue State America, the US is on the verge of returning pre-Covid normalcy. Last week’s repeal of the federal mask guidance, however, has created a new problem: progressives no longer know whom to hate. You’d think that making masks entirely optional would only enhance their utility as virtue signifiers, allowing liberals to easily distinguish between Trump voters and those who, like themselves, are doing God’s work.

The only issue now is what exactly is the status quo ante? Is it a world where Americans can gather in large numbers, indoors or out, without masks? Or is it one in which Joe Biden can caress your wife’s shoulders while whispering God-knows-what into her ear? Is it one where we needn’t worry about social distancing? Or one in which college students accused of sexual assault are held to the same evidentiary standards as is Joe Biden?

Only time will tell.