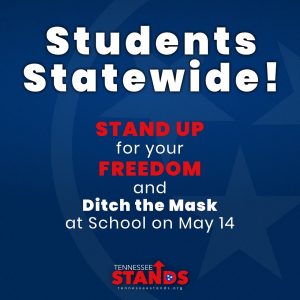 If the Covid-19 response had been national rather than state by state, the jurisprudence of pandemic response would be clearer. Regardless of the rhetoric of a “living constitution” the courts have to find a workaround to the limitation of central power embedded in the constitution. They have done so far too often, but they still have to articulate an interstate impact uniquely addressable by federal, as opposed to state, power.

What prompts me to consider this today is an email from a state group, Tennessee Stands, urging students at Tennessee schools to take off their masks on May 14. At issue are any local school board rules requiring face mask wearing for in-person attendance. A recent state court decision, in a very convoluted ruling, included a finding of law that the Williamson County Board of Education exceeded its authority in imposing a mask requirement and maintaining it in force. (The state and county has no mask mandate for its citizens generally.) But — did I say the ruling was convoluted? — that finding was embedded in a dismissal of the lawsuit based on standing, justiciability, and mootness, and was included only for purposes of appeal in the event that the appellate review preserved at least part of the case.

And so it is that Tennessee Stands is encouraging a widespread act of civil disobedience as a means of provoking a response by any or some local school boards that will revive the case they just lost. It is an example of the two-way win: If students (and their parents) respond in large numbers, as Tennessee Stands urges, it will break the mask mandates, if a smaller number do so and the local board is provoked to discipline them, then the case is revived and the embedded finding of law becomes operable.

Covid-19 has been a jurisprudential minefield with courts giving government bodies wide latitude in the early stages of the pandemic and only slowly reeling them back in over time as data is collected and typical government inconsistency in applications of emergency orders result in incoherent outcomes. Judges are people, too, with personal health concerns and concerns for their families as well. In a sense, all judges have had a conflict of interest in hearing pandemic cases. Which helps explain why the courts have been of little help in addressing the power grab of government dressed up as a public health emergency.