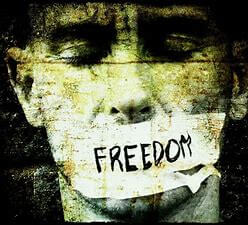 I almost choked on my beverage in the car when I heard an ad from cyber-security guru Kim Commando, warning that the government has enlisted the United States Post Office to spy on our social media content and report it back to certain agencies. Then the same story was being discussed on two different radio stations. From Business Insider:

According to a Yahoo News report, the law-enforcement arm of the US Postal Service is running a “covert” program that monitors Americans’ social media posts for “inflammatory” content and then passes those posts along to other government agencies.

The surveillance effort, which falls under the agency’s Postal Inspection Service, is known as the Internet Covert Operations Program, or iCop, the outlet reported. Prior to the Yahoo News Wednesday report, details of the program had not been made public.

When did this happen?

The outlet obtained a March 16 memo, marked as “law enforcement sensitive” that said analysts with the US Postal Inspection Service had monitored “significant activity regarding planned protests occurring internationally and domestically on March 20, 2021.

The government bulletin appears to be referencing demonstrations across the world planned as part of a World Wide Rally for Freedom and Democracy, in which groups were expected to demonstrate for a variety of causes, including lockdown measures and 5G, Yahoo News reported.

So how long have they been doing this kind of spying on Americans?  Was the “World Wide Rally for Freedom and Democracy” possibly a pushback against the very thing the authorities are supposedly doing? Why, if they are monitoring social media for disturbing behavior, do they never catch the crazies that shoot up FedEx facilities or grocery stores?  They always site their social media red flags after the fact. It doesn’t add up.

It seems these days that everything that is supposedly being done ‘in the name of freedom’ is producing the opposite.  There doesn’t seem to be a slowing of rioting and violence in some of our cities, where law and order are MIA, and attacking law enforcement or at the very least, not obeying police when they are called out seems to be ok.  Are these non-peaceful protestors being monitored?

This federal scrutiny of law enforcement procedures and even the military – with social justice questionnaires, (like our men and women on the front lines domestically and internationally are the cause of all these social problems), is completely and utterly absurd.  Now we learn just how deep and wide the cage is and we are all in it.  This sounds like something out of Stalin’s Rules for Dummies!

What is happening happened to our country? Why is it being tolerated?