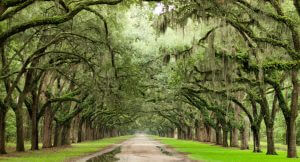 After two interminable weeks of feeling so poorly (yes, malaise is the right word but yucky describes it more fully for me), I was so relieved to feel a sense of my former self. It didn’t last long, and throughout the rest of the day, fatigue showed up now and then. Yet I could have breakfast, even a small cup of coffee (!), do my Torah study and reading, have a decent lunch—well it was a very special Sabbath, to say the least.

As I did my meditation that morning, the thought came to me: I can do this. I couldn’t imagine enduring the whole chemotherapy regimen. But I realized that I had probably survived the worst, and there was more “worse” to come. Yet among those days would be good days: days where some of my energy returned, some days when I laughed and cracked jokes, days where I took a walk and breathed in the sunshine, other days when I could truly appreciate G-d’s presence. My friends had tried to reassure me, but I had to know for myself.

Because that was the other realization I had.

When I was miserable (and many of you know just how miserable I was early on), I peevishly wondered why G-d wasn’t helping me out? Why wasn’t I feeling better? Why was I suffering so? (I was pretty self-centered, immature, and foolish.) I knew G-d was there, but it was hard to sense Him. And the more alienated I felt, the angrier I became and the more distant I became—from Him and those I love.

But on Shabbat, I realized that G-d’s distance was likely of my own doing. Paradoxically my demand for G-d’s presence was keeping Him away; I had built an impermeable barrier, all on my own. He was only a prayer away, but I wouldn’t let him through.

Now I’m beginning to shed my hair, but I’m as ready as I possibly can be. I already have a couple of scarves and plan to go on a shopping spree any day now. After I have my head shaved.

When life feels upended, it’s so much harder to follow the news. It is like watching a nightmare that simply won’t stop. It makes me wonder, where is G-d in all this?

There are so many ways of looking at this question. For me, G-d is watching all of it. I believe he is anguished by the state of violence, deceit, and destruction that tears our cities apart. These are evil, depraved actions, the kinds of behavior that human beings are wont to follow in our most decadent times. I suppose it’s possible to say that G-d doesn’t perform miracles anymore, and He can only stand by and watch us destroy each other and our cities and homes. And I know for certain that I cannot know the mind of G-d and how He views what is taking place.

But somehow, I believe that G-d is present and has acted. If many people have died, He may have saved the lives of others. If people are emotionally devastated by events in their lives, He will comfort and buoy them up—if they will allow Him. We have no way of knowing how many people have survived for reasons we wouldn’t understand; how many businesses will find a way to rebuild in spite of their owners losing everything; the number of children who eventually will thrive in spite of the soul-destroying efforts of governments and teachers’ unions. The hearts and minds that are quietly being transformed as they realize the destructive objectives of their former allies.

I trust that rather than G-d being remote, He is studying, acting and comforting all of those who are impacted. And for those who follow G-d, he will be looking for us to do our part, buoying up our neighbors, supporting our churches, encouraging our friends and families.

He is counting on us.

We can do this.