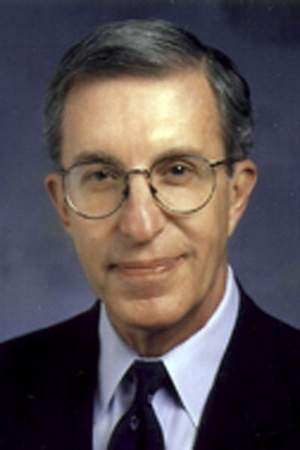 On Saturday, I posted a piece entitled Truths You Cannot Utter, in which I discussed the strange case of Lazar Greenfield – a renowned surgeon who devised a filter used in surgery to reduce the likelihood of blood clots; who went on to become chief of surgery at the University of Michigan, lead editor of Surgery News, and president-elect of the American College of Surgeons (ACS); and who got into hot water for publishing a light-hearted editorial&nbsp;regarding St. Valentine’s Day in the February issue of the journal he edited.

His crime? Intimating what everyone who has ever studied biology knows to be true – that within nature there is a teleology having to do with the survival of the species which underpins the distinction between the two sexes and produces between them a natural affinity for one another:

As far as humans are concerned, you may think you know all about sexual signals, but you’d be surprised by new findings. It’s been known since the 1990s that heterosexual women living together synchronize their menstrual cycles because of pheromones, but when a study of lesbians showed that they do not synchronize, the researchers suspected that semen played a role. In fact, they found ingredients in semen that include mood enhancers like estrone, cortisol, prolactin, oxytocin, and serotonin; a sleep enhancer, melatonin; and of course, sperm, which makes up only 1%-5%. Delivering these compounds into the richly vascularized vagina also turns out to have major salutary effects for the recipient. Female college students having unprotected sex were significantly less depressed than were those whose partners used condoms (Arch. Sex. Behav. 2002;31:289-93). Their better moods were not just a feature of promiscuity, because women using condoms were just as depressed as those practicing total abstinence. The benefits of semen contact also were seen in fewer suicide attempts and better performance on cognition tests.

So there’s a deeper bond between men and women than St. Valentine would have suspected, and now we know there’s a better gift for that day than chocolates.

&nbsp;His punishment? First, as I reported on Saturday, he was made to resign his editorship. Yesterday, after a meeting of the ACS Board of Regents, he once again apologized and then resigned his position as ACS president-elect. “At this critical juncture for surgery and health care in America, it is important that the American College of Surgeons not be distracted by any issues that would diminish its focus on improving care of the surgical patient,” Dr. Carlos Pellegrini, chair of the group’s Board of Regents, announced.

The moral we should draw? If you value your career, you should not cross the feminist harpies. I think that we should give Dr. Greenfield the Larry Summers award. By failing to put up a public fight, he has reinforced the propensity for academics to self-censor.