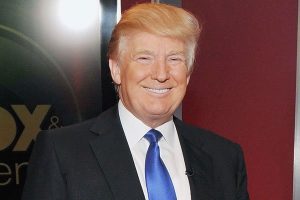 It is heart-breaking to see Trump’s strongest supporters reject the free market.

Exhibit A is Tucker Carlson. Tucker has many virtues, particularly his Limbaugh-esque ability to highlight the Left’s absurdities.  Tucker is an asset to conservatism, but he’s out to lunch on economics. I’m grateful it was Trump, and not Tucker, managing economic policy during the Trump years. Another example is Pedro Gonzales, who writes for American Greatness. Mr.  Gonzales likes to blame all kinds of things on the free market, including the Texas power outages.

Many Republican Trump-haters see themselves as free-market supporters. Some are, but many supported Bush’s re-regulation of the economy and the bailouts he did at the end. They couldn’t distinguish between capitalism and crony capitalism.

And then there’s the oleaginous Mr. Romney … Where do I begin?

There will be many debates about what aspects of Trumpism we should keep. Willingness to fight back should be at the top of the list, and support for free markets should near the top.

Free market concepts might not get us elected, but their abandonment will get us un-elected. People respond to results, and screwing up the economy is always bad politics, especially for conservatives.