Few organizations hold the narrative on a topic like Autism Speaks holds it on autism advocacy and awareness. When most parents first hear the diagnosis, they are handed a pamphlet with information compiled by the organization. When fundraisers are held, when bumper stickers and magnets are made, they usually benefit just one organization: Autism Speaks. But the farther one delves into the world of autism awareness, the more that troubling information comes to the surface. This is a pamphlet put together by those opposed to Autism Speaks, with suggested alternatives: 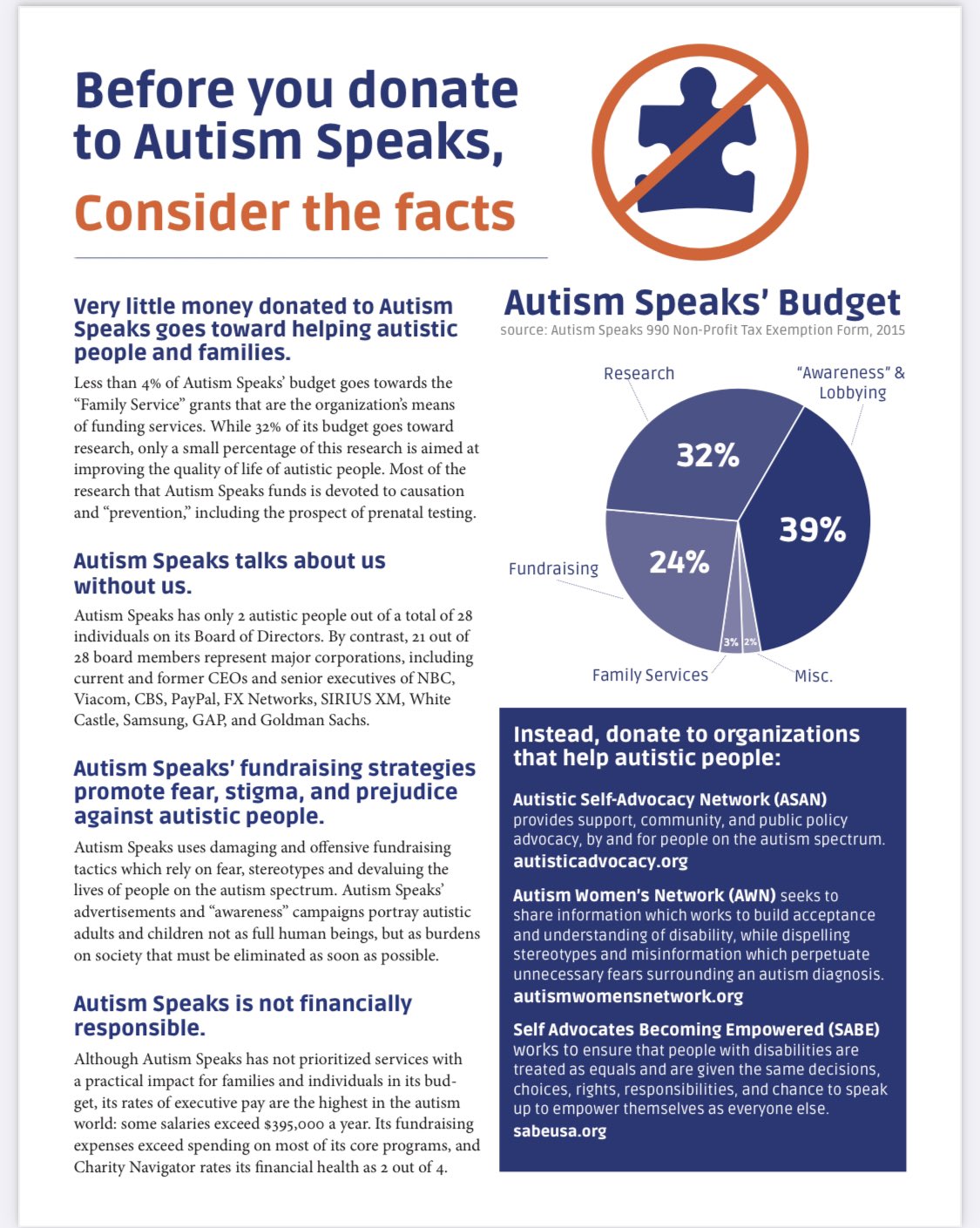 I want to zero in on one part of the mission of Autism Speaks that is especially troubling for those in the pro-life world: that of prenatal testing. Thanks to prenatal tests for Down Syndrome, we know what prenatal tests for autism would do: Next to completely eliminate it from the gene pool.

In a gripping piece published late last year in the Atlantic, we can read about the “last children of Down Syndrome” and how parents are choosing which lives are worthy of bringing into the world.

Denmark became one of the first countries in the world to offer prenatal Down syndrome screening to every pregnant woman, regardless of age or other risk factors. Nearly all expecting mothers choose to take the test; of those who get a Down syndrome diagnosis, more than 95 percent choose to abort.

Imagine the combination of what Autism Speaks does: They message about the devastation of an autism diagnosis, while at the same time promoting a tool that would be used to eliminate anyone on the spectrum from society.

Outside of the moral and ethical concerns that this possibility brings, especially for those on the pro-life side of the aisle, this is a terrifying precedent for the future of our gene pool. In his groundbreaking book on Autism, Steve Silberman relates the long history of autism and autistic individuals in our society, elucidating how important “neurodiversity” is for the development of civilization. The ability of those on the spectrum to singularly focus on a task has made possible countless advances in medicine, technology, and more.

On this, Autism Awareness Day, please consider supporting another worthy autism organization instead (the flyer above has a few suggestions).