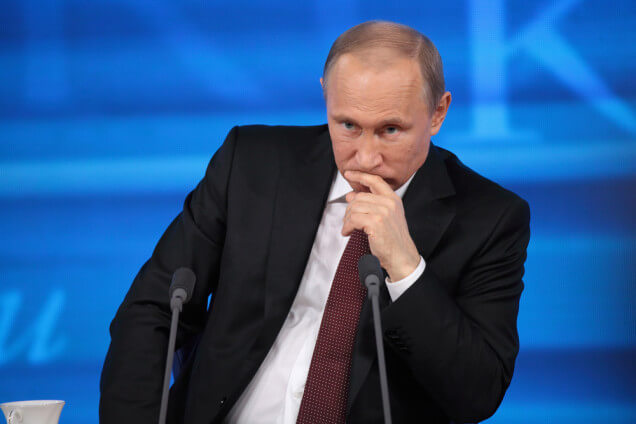 The always interesting Julia Ioffe has a chilling piece up at The New Republic about what Vladimir Putin and his associates have been getting up to back home while the rest of the world wrings its hands about Crimea.

Their moves include, among many others:

Pro-Russian and anti-Western sentiment is being expressed openly, fervently, and much more frequently — indeed, it’s coming so fast that Ioffe says she’s having difficulty keeping up with it.

She reports that regime-praising, anti-Western rhetoric is being ratcheted up sharply among Russian writers, artists and intellectual elites, many of whom are dependent on the Kremlin for grants. She describes elementary school kids coming home terrified after having been told by their teachers that America is going to invade Russia. A friend told her that Russian TV had just informed him that “the internet is for radicals and perverts” —which the friend interpreted as “a clear foreshadowing of a great firewall with the West.”

The picture is wider than Crimea or Ukraine, and it’s deeply unsettling. Ioffe’s conclusion:

Here’s what’s scary about this: this is all being done, according to various reports, without any consultation with anyone outside Putin’s shrinking inner circle of old KGB spooks. The economic elites most likely to suffer from a plummeting ruble and sanctions have been shut out of the decision-making process. This is all about intangibles, the things that reason can’t hook, the things impervious to logic and reasoning and even the cynical algebra of geopolitical interests. This is about pride and values and the Trans-Eurasian Development Belt.

And, yes, all of this is familiar and increasingly terrifying, but to whom? To you and me and an increasingly besieged island of Moscow liberals? Because, terrifyingly, familiarly, all of this works. The method has been tried many times, and it is true: Putin’s approval ratings have grown to their highest level in three years. Nearly two-thirds of Russians think there is no legitimate government in Kiev and that there is anarchy on the streets of Ukraine. Over half said that moving Russian troops into Crimea was legal; of those, two-thirds agree that this is basically Russian land. Nearly half of those polled said that a Russian presence in the area brings stability, and that Crimea should be brought into the fold of the Russian Federation.

What Moscow liberals are discovering is how quickly the ground has shifted beneath their feet since Putin came back to power in 2012, how futile and pathetic their resistance, and how easily wartime mobilization can steamroll them into nonexistence, in a way it couldn’t when Russia went to war with Georgia in 2008. This time, even their tiny Internet ghetto isn’t safe anymore. And its not clear that, once all this over and Crimea is safely part of Russia, that the regime will roll back these measures. In fact, it’s highly likely that it won’t.