For a few months, in the late spring of 2020, I was careful about what I was posting on social media. We were having playdates with a friend (mostly outdoors) and I never posted pictures of her with us, for fear of provoking a COVID backlash. That lasted until about May, when I decided that there was no reason to be ashamed of what we were doing, nor should I let other people’s judgment determine what I was posting online.

Over the last months of 2020 and into 2021, I’ve noticed friends similarly self-censoring. They’re going on vacations, having family over for dinners, etc; but they’re posting none of it. If they do post it, they post it to special “lists” of “close friends” only, not widely for public consumption.

I noticed the first few times we took vacations (to Colonial Williamsburg and Florida) that the number of people viewing my Instagram stories (you can see how many and who are watching) was skyrocketing. I received dozens of messages with people applauding my “bravery” and plenty more people asking logistical questions about travel in the middle of COVID. I know of six different families who decided to visit Williamsburg because of the pictures I posted.

Earlier this week, I went to an indoor amusement establishment with my kids and, as usual, posted the pictures on Instagram. I received a message that pinpointed exactly why I’ve been posting images like that one: 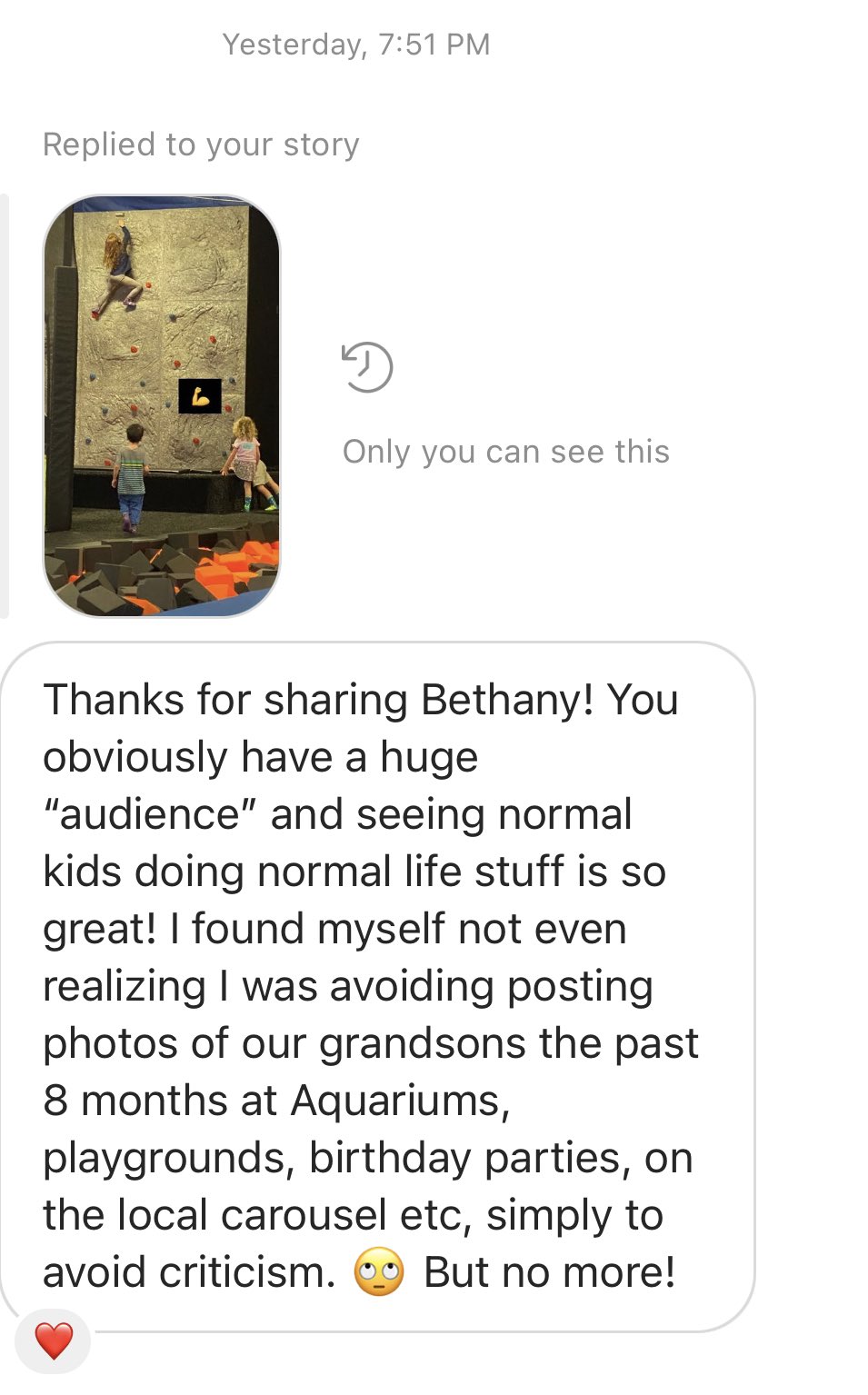 I encourage you to normalize normal in real life and on social media, especially for folks living in more locked down and suffocating places, as I do. Be open about what you’re doing and encourage other people to get back to really living, not just existing. That’s how the pandemic ends; when we all collectively decide it’s over.