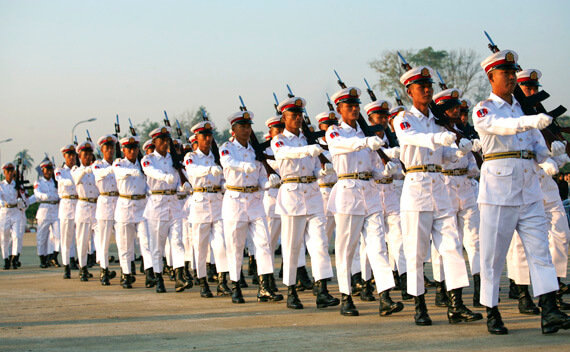 YANGON:&nbsp;In its first public comments on a week of fighting in northeast Myanmar, the government said Saturday that ethnic Kachin rebels fired first and the army had to act to protect a major Chinese-built hydroelectric power project.

The skirmishes were some of the fiercest in nearly two decades between government forces and the Kachin Independence Army. They erupted June 9, displacing at least 10,000 people over the course of about one week. The rebels have blamed the government for launching an offensive after militia fighters rejected a call to leave the strategic region.

The government says it did call on rebels to leave, but accused them of firing first after threatening Chinese technicians and detaining two army officers, according to a report Saturday in the state-run New Light of Myanmar newspaper.

So: Threaten Chinese technicians and they’ll displace 10,000 of you in less than a week, and the only place it will be reported is in the New Light of Myanmar, which you can be dead sure is only hinting at the horror of this.&nbsp;