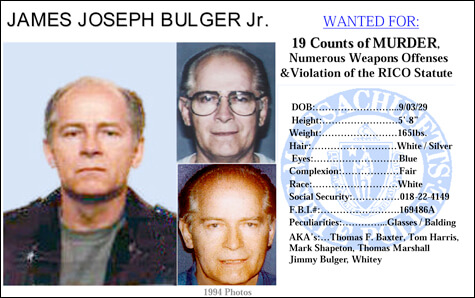 The federal agency had just launched a media campaign to publicize their efforts at finding the legendary Boston crime boss. The Los Angeles Times says he’s been caught. In Santa Monica, of all places. It’s not quite Osama bin Laden in Abbottabad, but it’s still pretty intriguing. It figures that California would be the best […]

There are 9 comments.
But you can't read them because you're not signed in!