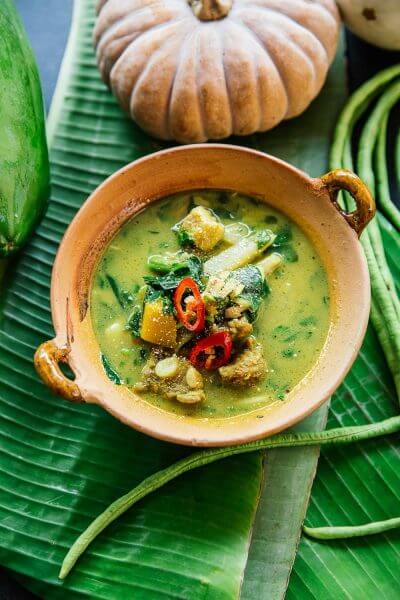 Khmer cuisine refers to the cuisine of Cambodia. It’s not to be confused with Cambodian cuisine. The first is considered to be almost uniquely Khmer, the bits of influences it experienced came from India and Java. Whereas Cambodian cuisine is referred to what emerged after the 1700s, and is influenced by the cuisines of Portugal, China, Malaysia, France, Vietnam, and Thailand. The last two are two-way influences as Thai and Southern Vietnamese cuisines are heavily influenced by Khmer cuisine.

Khmer cuisine is categorized by dishes as well as by tastes: sour, salty, bitter, and pungent (if pungent could be considered a taste). These four tastes are also applied to Cambodian cuisine as well. Although, a worrying trend toward sweeter taste has emerged recently among the younger generation. Our food is well balanced between those four tastes, and by that, I don’t mean balanced in a dish, but that there would be a dish of each taste at the dining table at mealtime.

Khmer people love the sour taste. We love the sour taste of unripe fruits: unripe mangoes, tamarinds, and a whole lot more. We love them fresh, we love them pickled. You can find vendors selling fresh and pickled sour fruits at every street corner all over the country. We are known as the land of pickled sour fruit. We eat as many sour fruits as we eat fish and rice. And talking about fish, our diet is dominated by fish. Khmers are fish eaters. We eat 140 pounds of fish per capita annually, more than double the global rate. We eat them grilled, we eat them steamed, we eat them smoked and in salads, we eat them in soups, curries, and stews, and we eat them with regular white rice (glutinous rice is used exclusively for desserts only). A meal without rice is not a meal, but a snack. At lunch and dinner, rice always accompanies various dishes. The only exception to the rule is num banh chok (Khmer noodles). 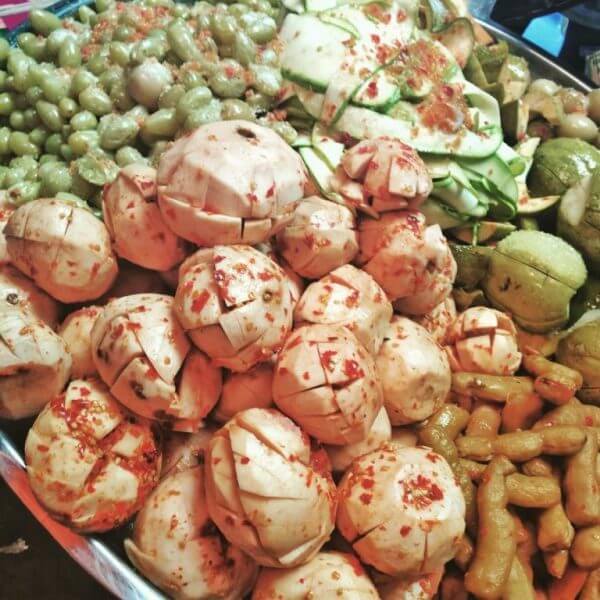 Aside from fish and other creatures from rivers, lakes, and sea, we eat duck, chicken, pork, and beef. There aren’t many beef dishes. The handful are traditionally made with venison, goat, or wild boar. Beef is a recent development. We didn’t use to eat beef, we don’t eat a lot even now. And it has nothing to do with religion, but eating animals that help us in farming was viewed as a bad form. Water buffaloes are not on the menu either. The French were the ones to popularize beef in Cambodia. Insects, crickets, grasshoppers, and tarantulas are not part of Khmer and Cambodian cuisines. They are the legacy of the Khmer Rouge. 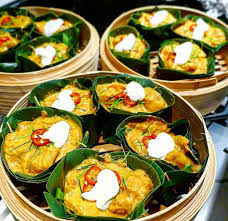 Our cuisine also utilizes all kinds of herbs, roots, leaves, and flowers. Yes, flowers are not just for pretty presentations. We eat tree jasmine, the pretty yellow sesbania javanica flowers, plumeria, water hyacinth flowers and many more are pickled, or tossed in salads and on and on. Salt, fish sauce, palm sugar and prohok make up the majority of our seasonings. Prohok, a fermented fish paste, is the soul of Khmer cuisine, which leaves kroeung as the heart. Or maybe it’s the other way around. Either way, both prohok and kroeung make up the foundation of Khmer cuisine. Kroeung is a fresh spice and herb paste that will be covered in a later post.

I didn’t list sweet as one of the tastes of Khmer cuisine, but that doesn’t mean Khmers don’t eat sweets. Cakes, sweet dumplings, puddings, fruit pastes are eaten in large quantities as snacks. Sweets are only served as desserts at the end of a meal at big celebrations. Sweetness in Khmer desserts comes from palm sugar. Khmers love caramelized palm sugar and you’ll find a taste of that burned sugar in sweet as well as in savory dishes. 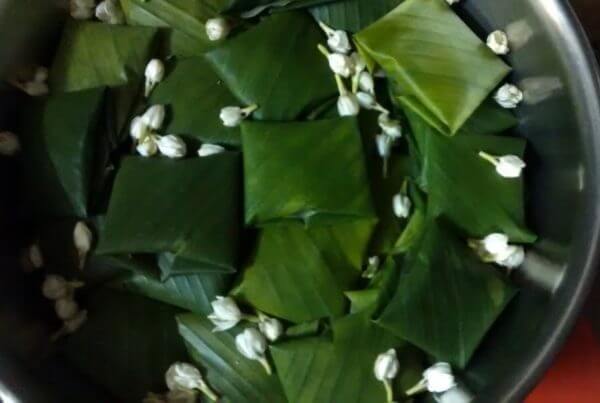 Hopefully, this has been an appealing introduction to the basics of Khmer cuisine. I’m turning this into a series and will delve into more details in future posts.