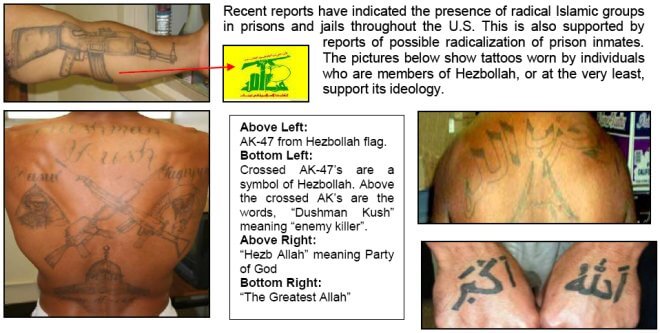 I sometimes get the feeling that I’m being told–not in so many words–“Claire, come on. Who cares what’s happening in Syria–did you see those unemployment numbers? We can’t worry about anything but the economy right now. We have to get our own house in order first.”&nbsp;

Unfortunately, the world isn’t going to wait for that. From the LulzSec document drop: Arizona Police Say Hezbollah is in Mexico:

Based on a study done by Georgetown University, the number of immigrants from Lebanon and Syria living in Mexico exceeds 200,000. Along with Iran, Syria is one of Hezbollah’s strongest financial and political supporters, and Lebanon is its country of origin.

In July of this year, Mexican authorities arrested Jameel Nasr in Tijuana, Baja California. Nasr was alleged to be tasked with establishing the Hezbollah network in Mexico and throughout South America. In April of last year, the arrest of Jamal Yousef – in New York City – exposed a weapons cache of 100 M- 16 assault rifles, 100 AR-15 rifles, 2,500 hand grenades, C4 explosives and antitank munitions. According to Yousef, the weapons, which were being stored in Mexico, had been stolen from Iraq with the help of his cousin who was a member of Hezbollah.

Recent incidents involving the use of VBIED’s in Mexico mark a significant change in tactics employed by DTO’s and conjures images expected to be seen in the Middle East. While no connection has been made, Hezbollah’s extensive use of VBIED’s raises strong suspicion concerning a possible relation to Mexico’s DTO’s.

In other words, if you think what’s happening in Syria is happening to far-away people of whom we know nothing, think again. This can’t be back-burnered, it’s happening now.&nbsp;