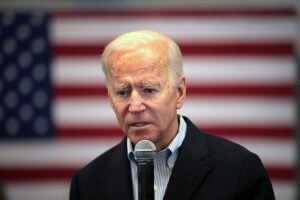 Joe Biden and Anderson Cooper recently held a CNN town hall in Milwaukee in which Joel Berkowitz (a professor at the local University of Wisconsin Milwaukee) asked him about “…ongoing threats to our country from Americans who embrace white supremacy and conspiracies that align with it. What can your administration do to address this complex and wide-ranging problem?” Black Lives Matter spent much of the last year burning cities across America. This apparently slipped Mr. Biden’s mind, as he answered:

“It is complex, it’s wide-ranging and it’s real. You may — I got involved in politics to begin with because of civil rights and opposition to white supremacists, the Ku Klux Klan … And the most dangerous people in America continue to exist. That is the greatest threat to terror in America: domestic terror … And so I would make sure that my Justice Department and the Civil Rights Division is focused heavily on those very folks. And I would make sure that we, in fact, focus on how to deal with the rise of white supremacy … And you see what’s happening — and the studies that are beginning to be done, maybe at your university as well — about the impact of former military, former police officers, on the growth of white supremacy in some of these groups.”

So the President of the United States thinks that the greatest threat of terrorism in America is from white supremacist groups largely made up of American veterans and former police officers. He’s viciously insulting white people, members of America’s military, and police officers in a public forum. On CNN, no less. I wondered if CNN would mention such remarkable claims. So I went to their website. 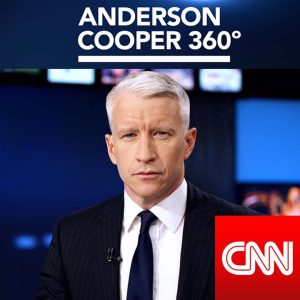 On CNN’s website, one of the headlines is, “Fact Check: Biden Makes At Least Four False Statistical Claims at Town Hall.” I was impressed that they would mention his slanderous lies, but I wasn’t sure what pretend white supremacists have to do with statistics. So I read on.

The article listed four instances in which Mr. Biden lied about statistics – or at least said something that was not true. Those four inaccuracies were in his answers to questions regarding the minimum wage, undocumented workers, the Chinese workforce, and COVID vaccines. CNN did not fact-check his statements about white supremacy.

The article continues, attempting to provide context for some other lies (or incorrect things) that Mr. Biden claimed were true. But again, it did not mention the passage I quoted above.

A few questions come to my mind:

First, I wonder how many Democrat voters believe Mr. Biden’s claims of the imminent threat from former military and police forming white supremacy groups? Do they really believe that?

Next, I wonder how many of those voters have ever met a white supremacist? I’ve never met one, and I spent 20 years of my life in the mountains of east Tennessee. 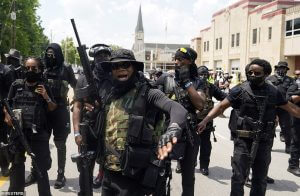 I wonder if the residents of Portland and various other cities that burned for months at the hands of Black Lives Matter thought to themselves that perhaps there are threats to their cities other than white supremacists that they’ve never seen.

I wonder if Mr. Biden hesitated to brag about how he was inspired to enter public service by his dedication to civil rights. I wonder if he’s concerned that someone might challenge him on that point. I wonder if Anderson Cooper was rolling his eyes at that moment.

I wonder if Mr. Biden’s advisers took him aside after the town hall and reminded him that insulting a majority of the population is not good politics. If they didn’t remind him of that, it would almost seem as if the Democrats aren’t worried about elections anymore, for some reason.

Because if I’m right, or even if I’m close to being right about the ‘more than half’ estimate, then we have a serious problem. Because if most Democrat voters actually believe that our military, our police, and most Republican voters are white supremacist racist terrorists, then what would those Democrat voters not do to solve the problem of, well, of me? 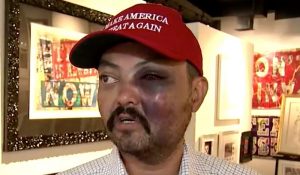 These people are my friends and neighbors. Is this what they think of me? If it is, then cancel culture and censorship are only the very beginning. Will they resort to violence against me and other suspected conservatives? If not, why not? If they really believe that we’re all racist terrorists, why would they not do everything possible to silence us? By any means necessary?

If I’m close to being right, this could get very ugly, very fast.

Mr. Biden may have just been performing to a liberal crowd, trying to get applause lines. He may not have meant any of what he said. But even if he didn’t, such inflammatory rhetoric is dangerous. Especially in such polarized and partisan times.

I hope that his rhetoric is simply careless, stupid, and reckless. Because if it’s not, then he’s deliberately inciting violence all over the country that he’s supposed to be uniting.

Regardless of his intentions, such rhetoric is extremely dangerous. For us all.