In a sane world, actress Ashley Judd would be absolutely raked over the coals for this post; wherein she shows dozens of African villagers literally carrying her through the jungle in the middle of a pandemic due to an injury: 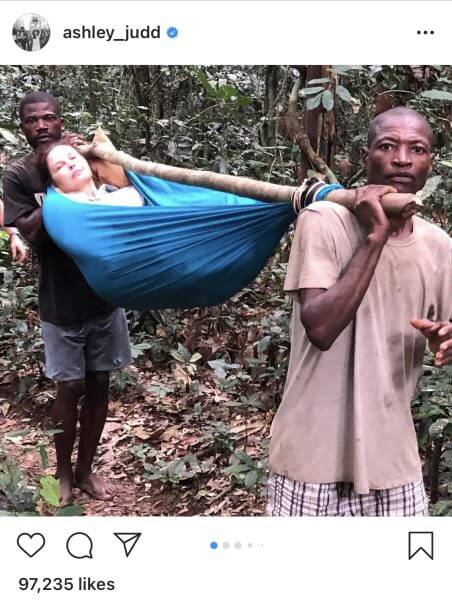 This is an actress that does nothing but lecture us on our white privilege and Black Lives Matter. Does she not, then, understand the optics of taking a trip to the middle of the Congolese jungle in the middle of a pandemic (remember Stay Safe, Stay Home?) and highlighting how while she can be carried by any number of people to obtain healthcare, she is in a country where that is impossible? 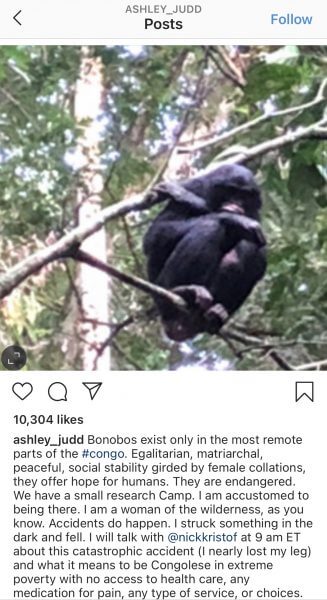