The janitor for my VFW post hustled to finish the morning cleaning before dashing off to his second gig, a pizza and wings shop. He proudly announced that a local network affiliate had featured his pizza joint as a “hidden gem” among restaurants located inside gas stations. This prompted memories of food along the road map of memory. I remember hot dogs at Howard Johnson, fresh crusty rolls with cheese and meat in small Bavarian towns, and the Triple T truck stop restaurant in Tucson, Arizona.

Early in life, when my parents took me and then my first sister, on the road, Howard Johnson was known as a safe stop with clean restrooms. My memory is of a special toasted hot dog bun holding a thin hot dog in a paper tray. A quick search online confirms that HoJo had its own bun design, almost like a slice of bread formed into right angles. 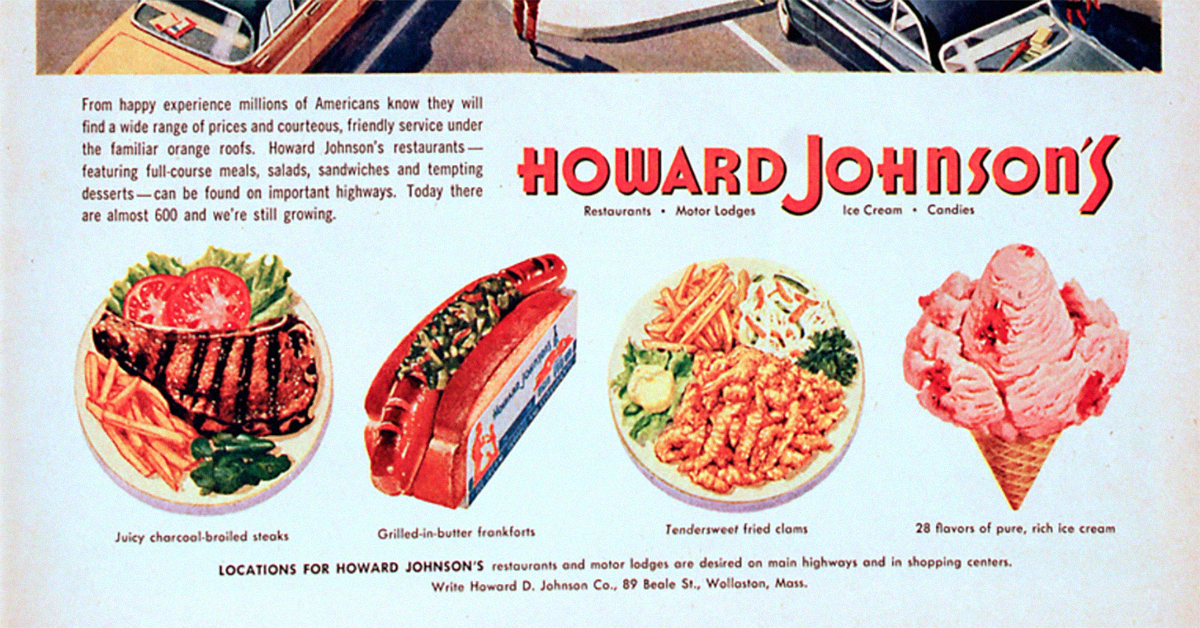 A hot dog and a glass of milk would be a safe and economical choice for a small boy’s lunch on the highway in the 1960s.

As a young lieutenant in Germany, in the late 1980s, there were many occasions when we were out scouting locations and routes without our troops. In these tactical exercises without troops (TEWT pronounced Toot), we would sign and pay for first-generation MREs, but one or more of us would be expected to make the run to the nearest Bäckerei and Metzgerei for fresh crusty rolls, cheese, and meat. No young officer would be without a knife, folding, or sheath, so we were prepared to enjoy a continental breakfast while consulting map overlays on the hood of a HMMWV (pronounced Hum-V): warm crusty bread, good cheese, and meat in the fresh country air.

When I moved to Tucson, Arizona, the Triple-T truck stop on Interstate 10 was known for its old-fashioned diner. They had an excellent steak and apple pie a la mode. Sadly, this place was recently poorly renovated and made into an apparently unappealing generic eatery, if the majority of recent reviews are to be believed.

Now a “hidden gem” in the Valley of the Sun is on my restaurant radar, with the promise of a pleasant surprise by an entrepreneurial chef. I am far past the day when I could get away with consuming a whole deep dish pizza. Grabbing a slice from NY Pizza and Wings, a small shop inside a Chevron station sounds like a much more sensible idea these days.

What chef’s surprises have you encountered on the road?